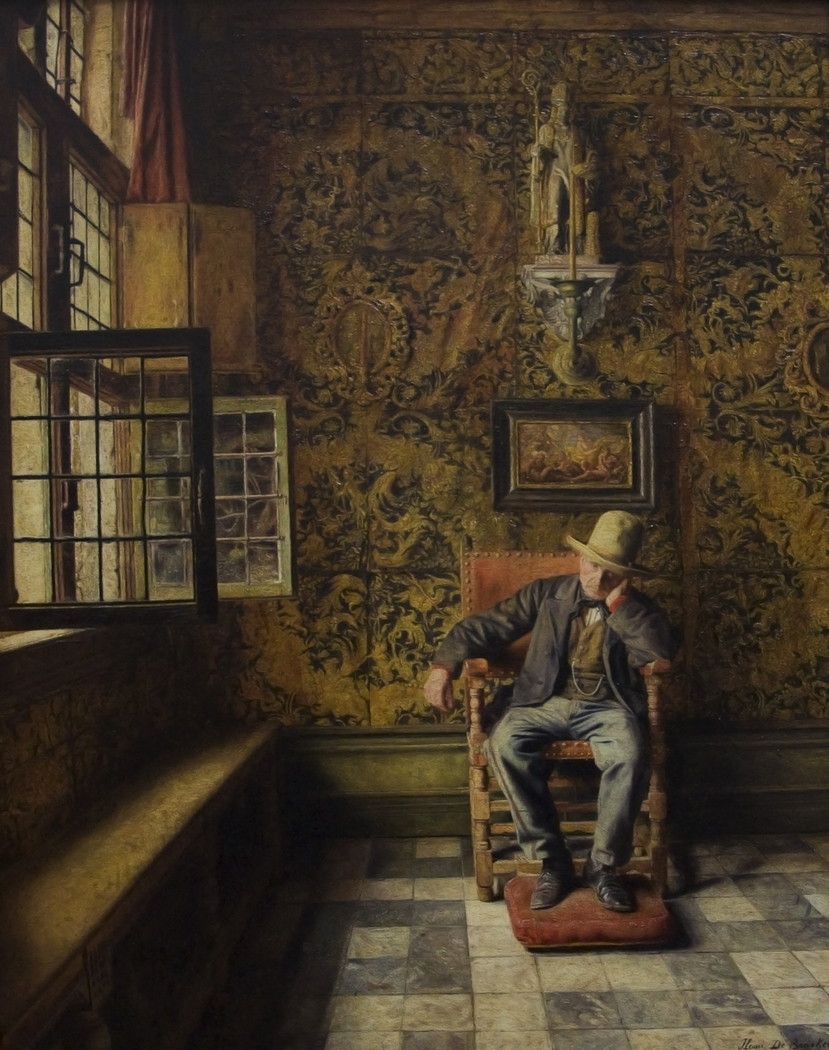 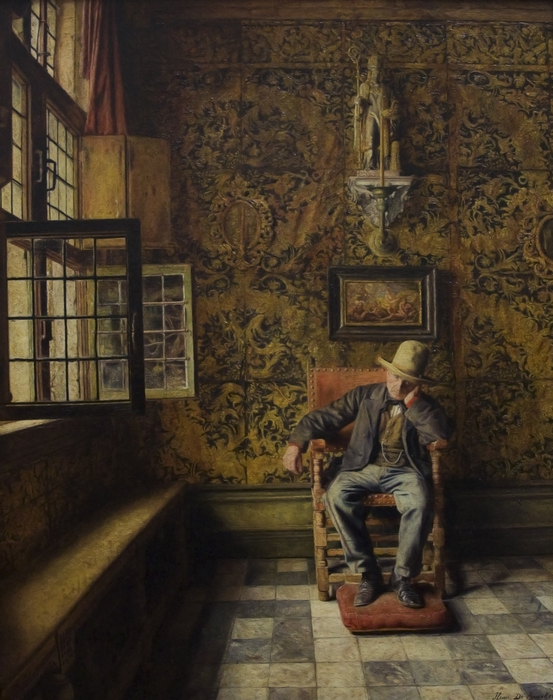 The Man in the Chair

Description:
n old man is seated in a chair in an even older interior, his feet rested on some cushions. Above his head, we notice a statuette of St Arnoldus and a lush painting. Daylight floods the room through the open window. The chair, the cushions and the richly decorated wall covering are just some of the details that Antwerp-born painter Henri De Braekeleer has worked out in such fine detail that they are almost tangible. The Man in the Chair is a traditional genre painting, featuring an anonymous individual in a rather uninspired pose. However, there is something in his emotive gaze that breaks the triviality of the composition. The original title of the painting was Room in Brewers House. From the 16th century, this pumping station maintained the water supply to all of the Antwerp breweries. Three centuries on, the Council Chamber in the premises had lost none of its appeal. The walls were still decorated with the original golden leather covering, so that the space exuded a historical atmosphere.

It was De Braekeleer's uncle and teacher Henri Leys who introduced him to this place. Both painters incorporated the age-old interior into their oeuvre on more than one occasion: Leys as a background to the kind of 16th-century scenes in which he specialised, De Braekeleer as an antique curiosity. In this painting, the presence of the old man adds a sense of nostalgia, like an echo of the room's former glory.