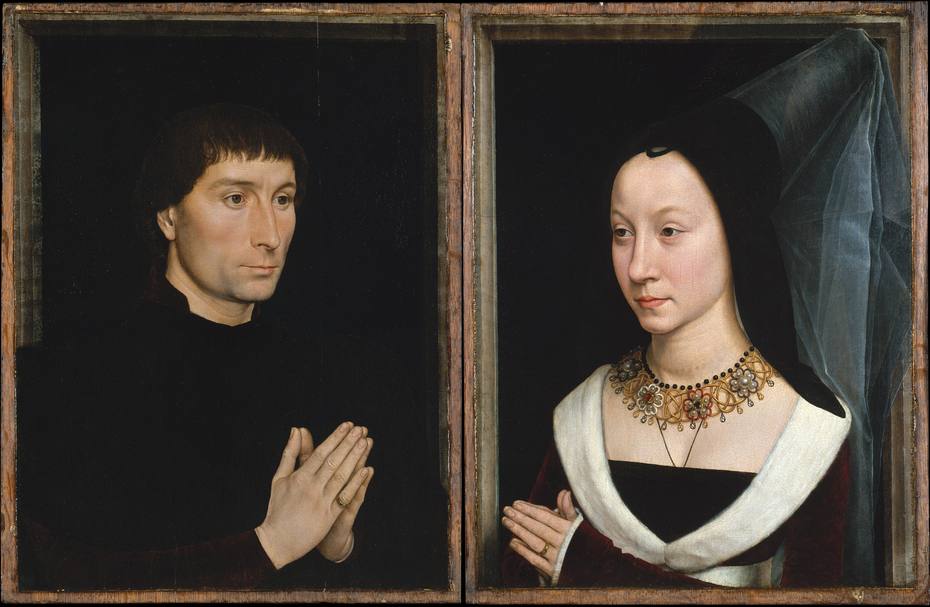 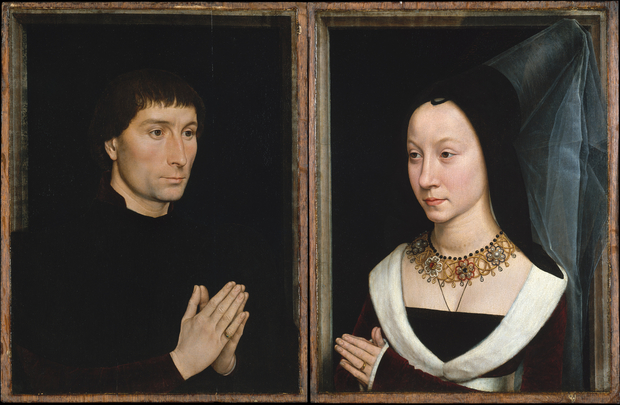 1470
The clever balance of verisimilitude and idealization in the features of this pair made Hans Memling the most sought-after portraitist of his day. The Florentine Tommaso Portinari was the branch manager of the Medici bank in Bruges, and probably commissioned these portraits from Memling upon the couple’s marriage in 1470. They originally formed a triptych with a central devotional image of the Virgin and Child. Beyond demonstrating the couple’s piety, Maria’s elaborate necklace and gown display their wealth and social status. Memling places the sitters before illusionistic frames, an innovation suggesting that the figures project into our space. (Source: The Metropolitan Museum of Art)

License:
Courtesy of The Metropolitan Museum of Art
For more:
https://www.metmuseum.org/art/collection/search/437056