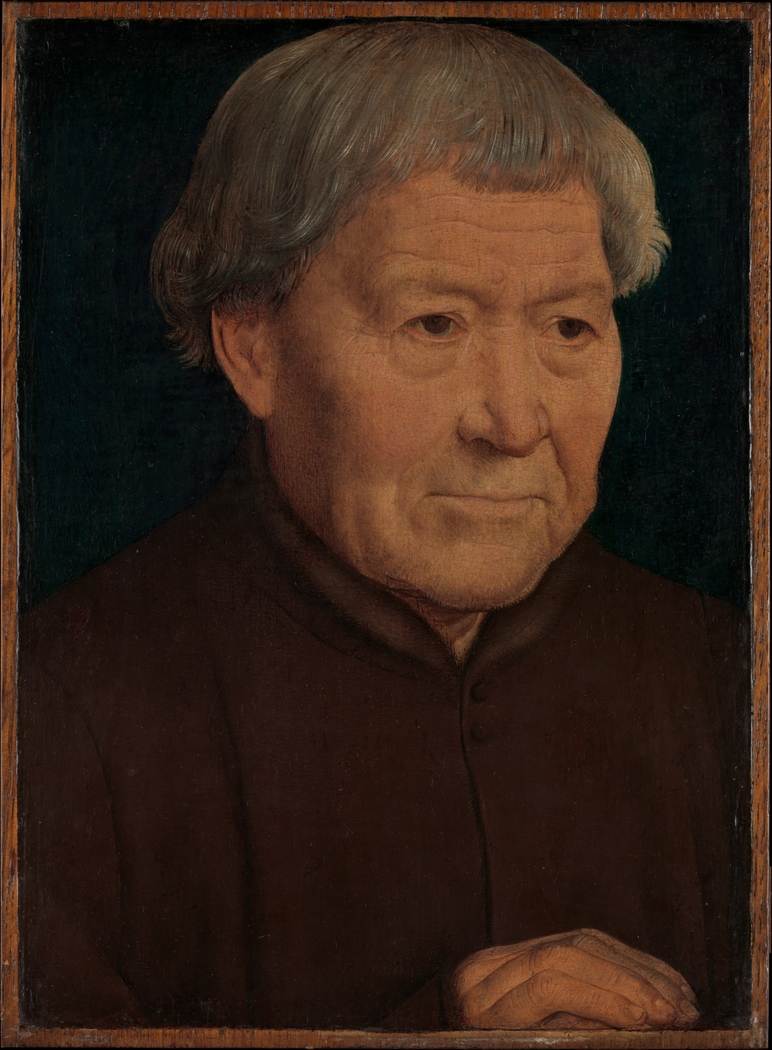 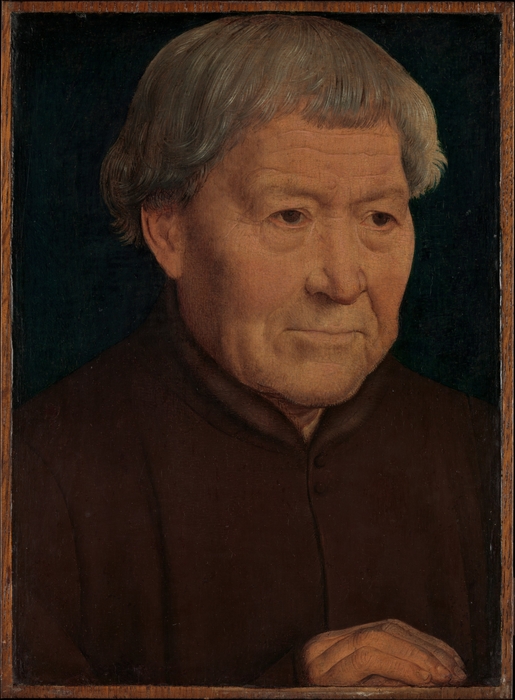 Portrait of an Old Man

1475
This sympathetic portrayal of an elderly man once formed a diptych with a portrait of an old woman (Museum of Fine Arts, Houston). Unlike the devotional portraits of Tommaso and Maria Portinari displayed nearby, the purpose here is entirely secular. Memling depicts his sitter with hands folded and resting gently on a ledge, not joined in prayer. This portrait and its pendant were created to preserve the appearances of the sitters as they neared the end of their lives, a function of portraiture that became increasingly popular in the sixteenth and seventeenth centuries. (Source: The Metropolitan Museum of Art)

License:
Courtesy of The Metropolitan Museum of Art
For more:
https://www.metmuseum.org/art/collection/search/437055