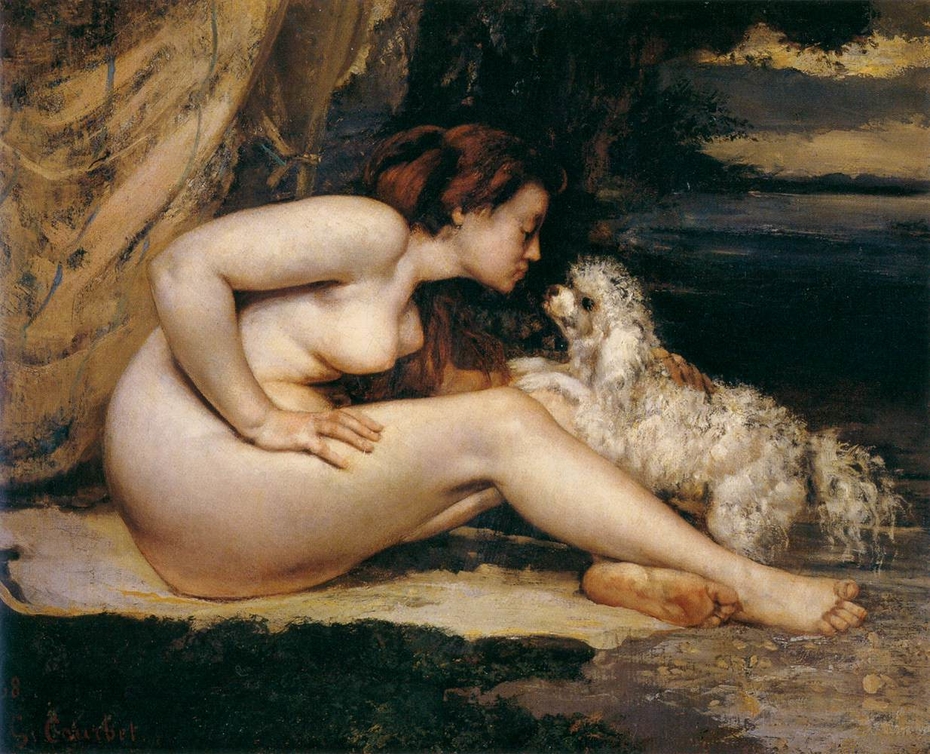 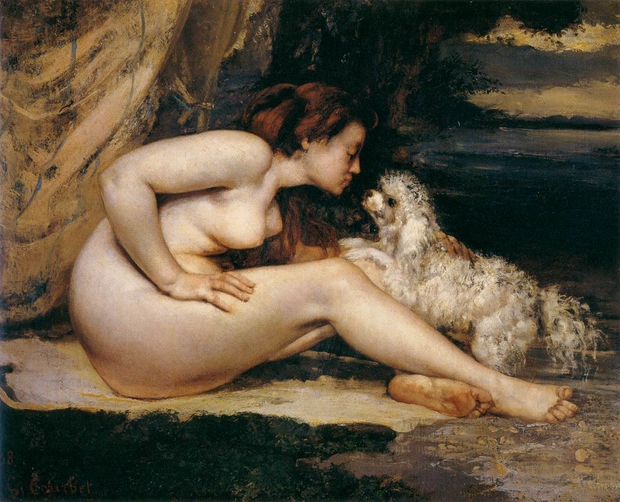 Nude Woman with a Dog

1861 - 1862
Although this painting is dated 1868, the year it was first publicly exhibited, it was certainly painted around 1861-1862. The model is in fact Léontine Renaude, the painter's mistress at the time.

The erotic tone is created by the direct link between the woman and her dog. The affection shown for the animal is a metaphor of sensual love for the lover, the complicit spectator of the scene..
Here, Courbet is subject to a number of influences. The model's pose, the drapery and the landscape in the background as well as the presence of a small dog, a symbol of fidelity, have echoes of Titian. But the young woman is not a classical beauty like a Danaë; her features are more ordinary. However, the almost perfect roundness and smoothness of her body softens the realist postulate.
The image of the young woman amusing herself, unaware of the viewer, also evokes the gallant paintings of the 18th century, rediscovered by society during the Second Empire.

These sources highlight the artist's approach to renewing his nudes. This painting marks a notable evolution in Courbet's more gallant approach to the female nude. Compared to The Bathers of 1840, (Montpellier, Musée Fabre), the figure of the young woman is softened, the brushwork lighter, the texture of her skin smoother. Undoubtedly, Courbet could not treat this Nude Woman with a Dog with the same harsh technique as his Bathers without the risk of it being considered indecent.