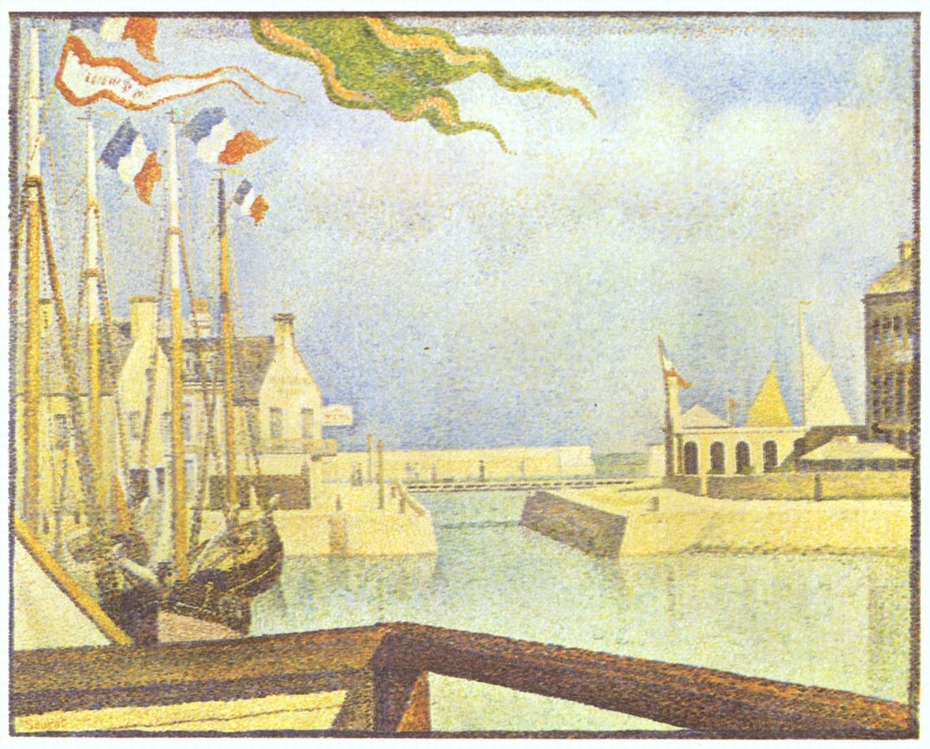 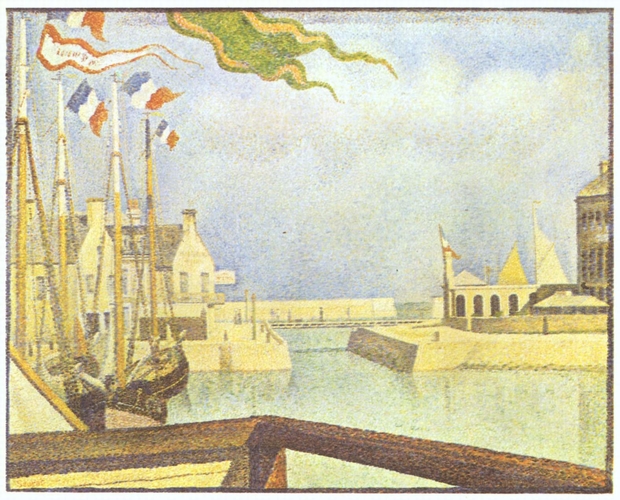 Cheerful atmosphere
Seurat paints this harbour view in Port-en-Bessin, a fishing village on the Normandy coast. The bright colours and fluttering flags and pennants give the scene a remarkably cheerful atmosphere, which is uncommon in Seurat’s landscapes.

Series
The painting is from a series of six. In this series, Seurat ignores the picturesque attractions of Port-en-Bessin, such as the Roman ruins, a church and an old bridge. Instead he paints the more prosaic harbour – from different sides, at different times of the day and at low and high tide. The central pier and fish market are recurring elements.

Geometric shapes
The composition is a harmonious totality of geometric shapes and soft colours. The walking figures are more or less reduced to tightly ordered, vertical elements. Only the irregular shapes of the flags break the tranquil atmosphere of the fishing village on a warm Sunday afternoon. Thus, they immediately draw the attention, particularly the pennant with a text. This text, incidentally, is illegible.