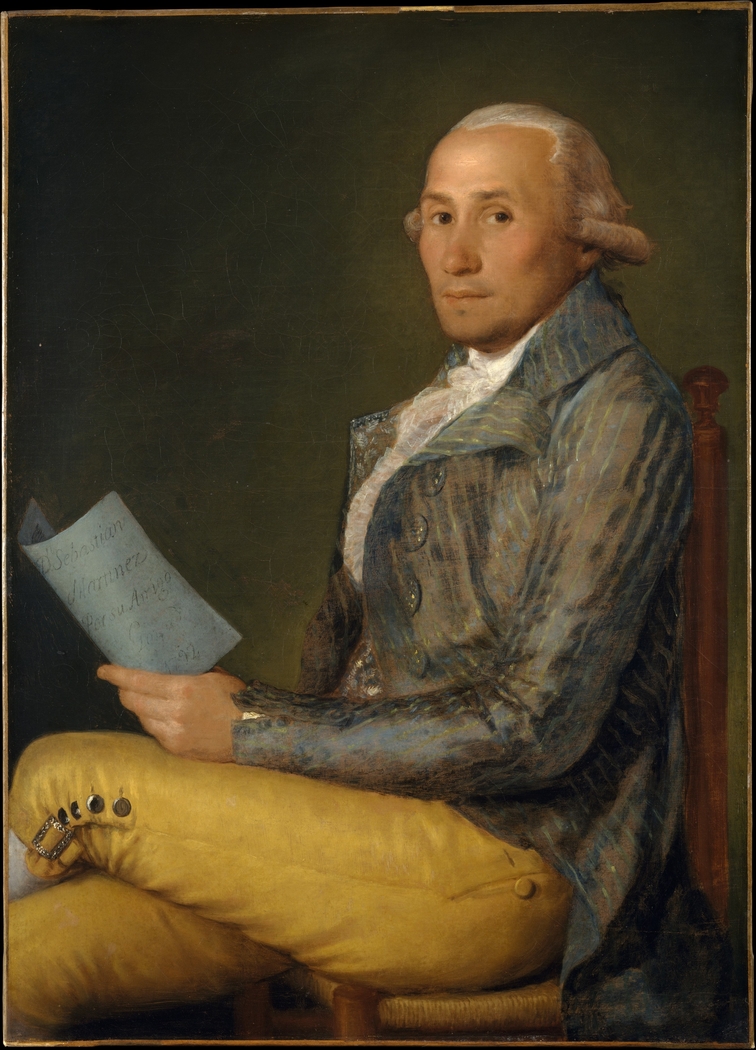 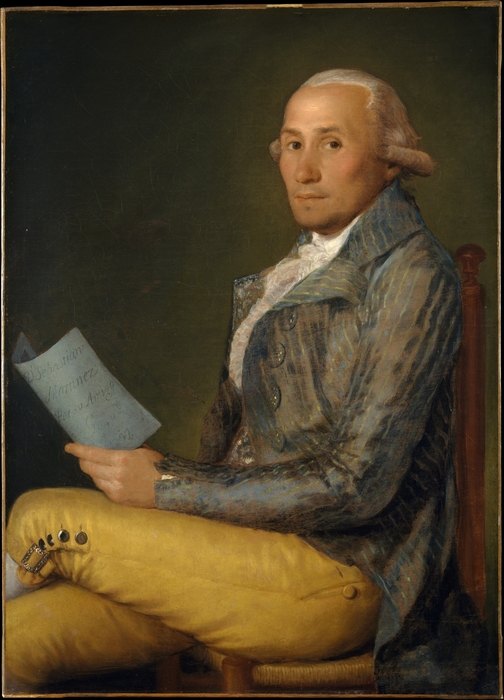 1792
The sheet of paper in the sitter's hand reads: "Don Sebastián Martínez by his friend Goya 1792." Martínez was a famous collector of books, prints, and paintings. He held the position of chief treasurer of the Finance Committee of Cadiz, a flourishing harbor town linked by trade with England and France. This portrait was probably painted just before Goya contracted the illness that caused his deafness and affected him intermittently for the rest of his life. During his convalescence in 1793, he spent several months in Martínez's home. (Source: The Metropolitan Museum of Art)