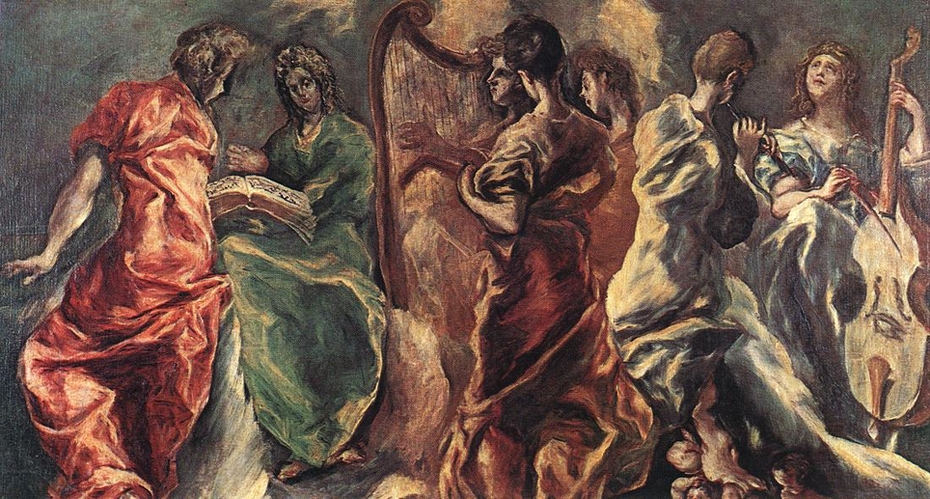 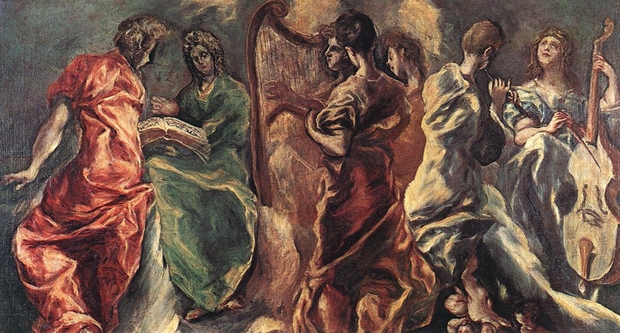 The Concert of the Angels

1608 - 1614
This strange yet "modern" painting is the heavenly section of an "Annunciation", today in the collections of a Madrid bank. It is one of the very last works painted by Greco shortly before he died in Toledo in 1614. Left unfinished, the painting teaches us a lot about the artist's technique. One notices that these angels have no wings. They are the members of a heavenly orchestra, playing period musical instruments, of the sort that the artist must have seen while living in Venice. The instruments are a spinet (a precursor of the piano), a harp, a flute and a viola da gamba. The second angel is holding the score and directing as well as singing. Note the accuracy in capturing the musicians' gestures. The figures have been rendered in swift brushwork, and the angels' robes sway with movement, as if they were swirling tongues of fire. Note also the iridescent palette employed by the painter: the orange in red and green, the gold in blue. Changing even as the light falls on them, such colours were called metanthounta by ancient Greeks. The painting is vibrant with inner life. The Concert may be seen as a precursor of Expressionism.