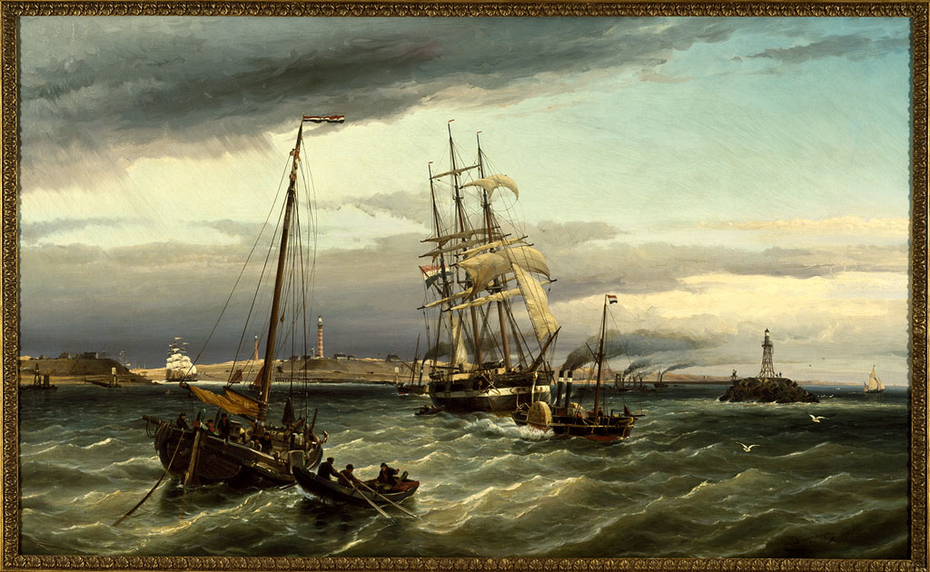 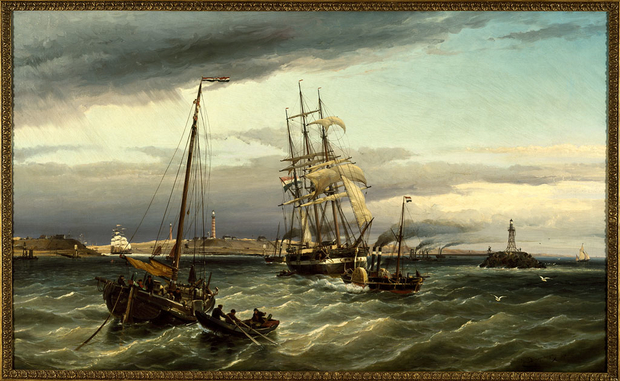 1878
Ships of the Netherlands Steamship Company (NSM) first began using the North Sea Canal in 1879, the new link between Amsterdam’s harbour and the North Sea. In this scene, a tug leads a frigate through the locks at IJmuiden into the open sea. The voyage to Batavia took only three weeks by steamer, compared to the five months that a sailing vessel required.

On 19 November 1878, Dommershuizen paid a visit to IJmuiden, where he observed the shipping from the North Pier. He later worked his sketches up into this painting. In this work he depicts a frigate being towed from the North Sea Canal locks by a tugboat. After this ship canal was first opened, many ships still sailed for Den Helder. The steam-powered ships of the Nederlandsche Stoomboot Maatschappij (NSM) first used the new link with the North Sea in 1879.