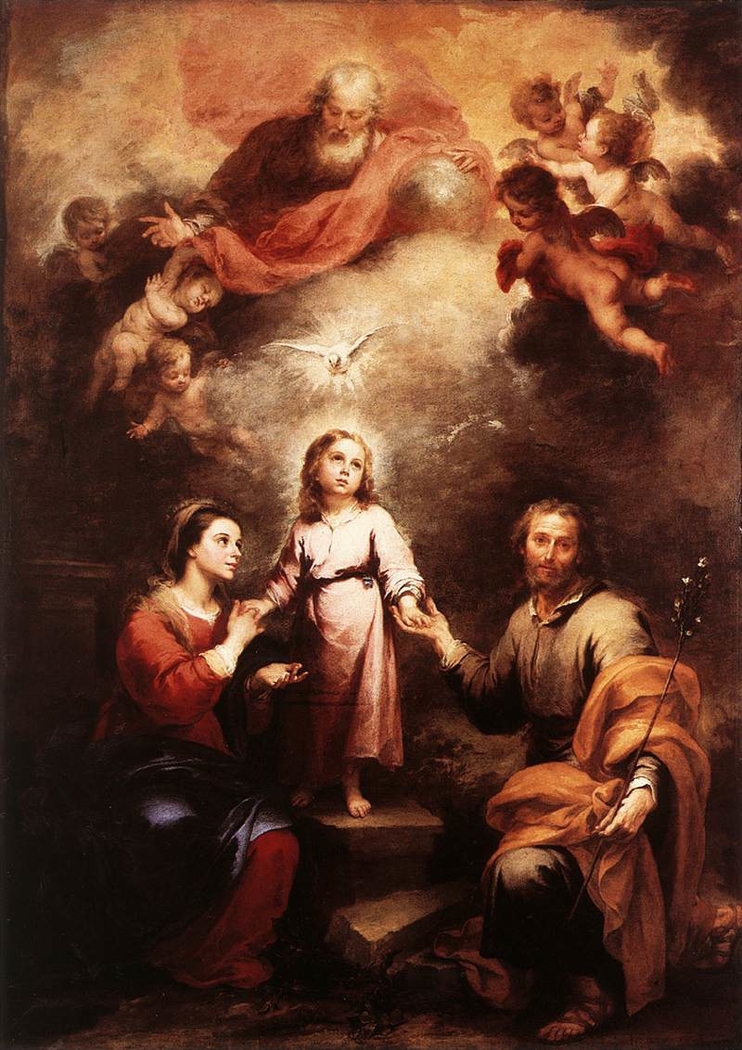 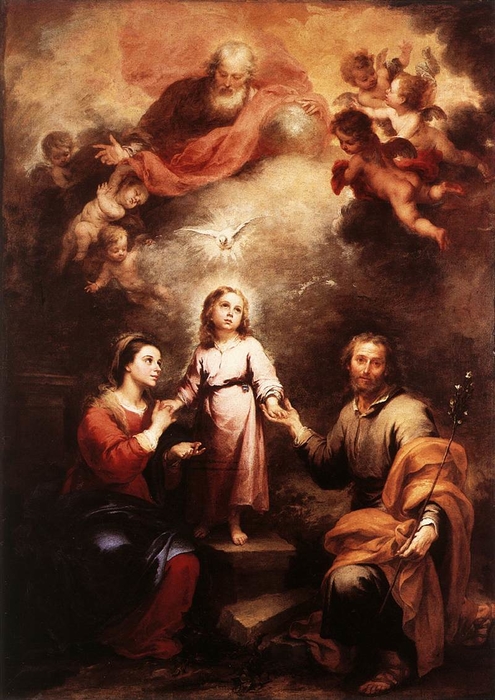 The Heavenly and Earthly Trinities

1675 - 1682
This painting illustrates the belief that Christ was both human and divine: the embodiment of the ‘Two Trinities’. At the centre of the composition the Christ Child forms part of the Heavenly Trinity with the dove of the Holy Ghost and God the Father above, and part of the Earthly Trinity with his human parents, Mary and Joseph.

The scene is not based on a particular biblical event, though a story in the Gospel of Luke echoes its theme. Aged 12, Christ disappeared after a trip to Jerusalem; he was eventually found in the Temple debating with religious scholars. When confronted by his anxious parents Christ spoke simply of his divine mission.

Mary gazes lovingly at her son. Joseph looks towards us, inviting us to adore Christ, who stands on a sharp-edged rock. This is possibly intended to symbolise an altar or may refer to biblical descriptions of Christ as the ‘cornerstone’ upon which God’s household would be built.

License:
Courtesy of the National Gallery, London
For more:
https://www.nationalgallery.org.uk/paintings/bartolome-este…