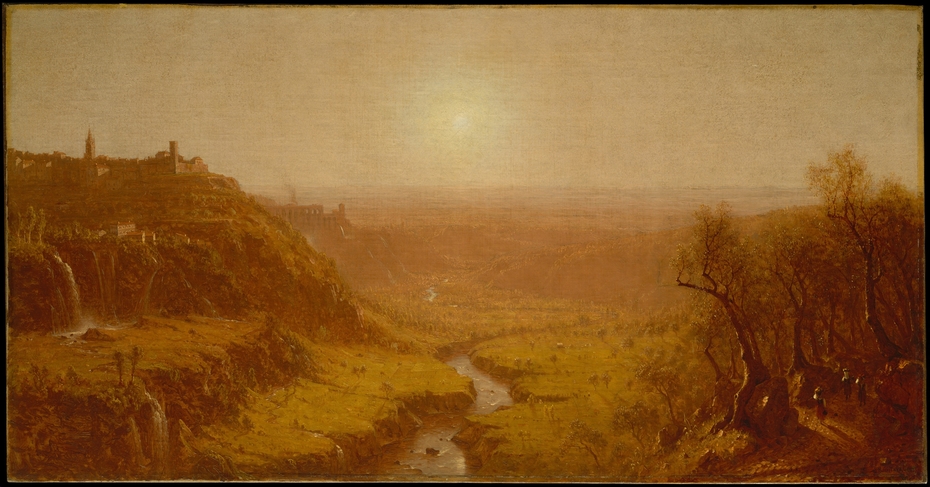 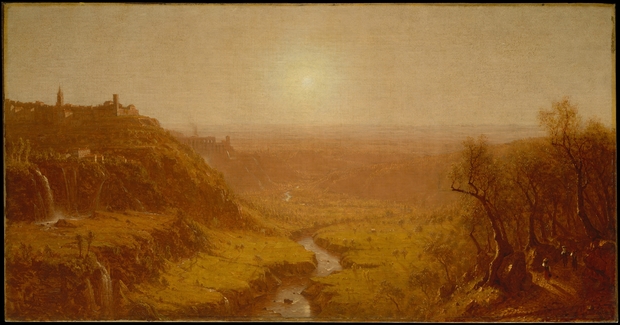 1870
Gifford visited Tivoli, Italy, in 1856, on his first trip abroad. A dozen years later, he was drawn back to what he described as “one of the finest views in the world”: the prospect toward Rome up the valley of the Aniene River, past the Cascatelle (waterfalls) pouring from the arches of the so-called villa of Maecenas. Following his customary practice, Gifford made several quick pencil sketches of the site from nature. He later worked from them to produce this painting for the leading New York collector Robert Gordon. Characteristically, his primary interest was in rendering the effects of light, using it to unify the scene. Thin, transparent layers of paint, with subtle transitions in tone, suggest the atmosphere. (Source: The Metropolitan Museum of Art)

License:
Courtesy of The Metropolitan Museum of Art
For more:
https://www.metmuseum.org/art/collection/search/10947