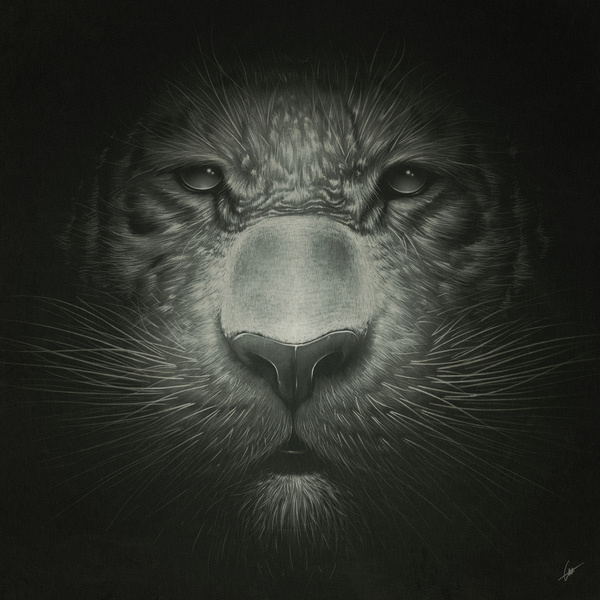 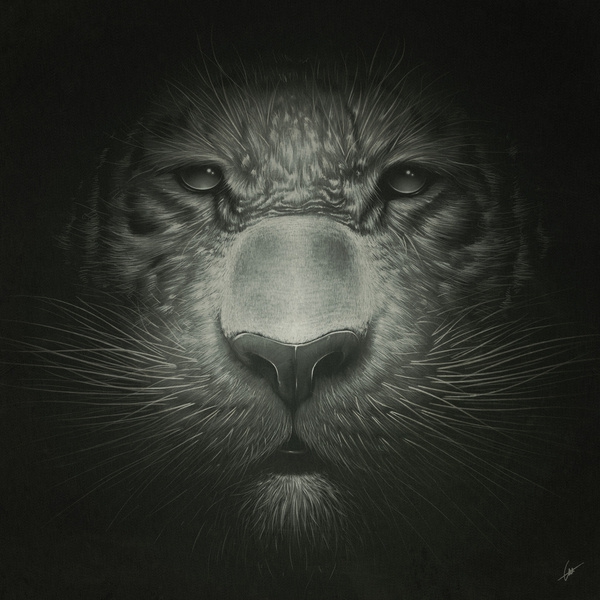 Sumatra, Indonesia has been hit by a wave of gruesome attacks on humans, eight in three months; the culprit is the critically endangered Sumatran tiger. As its forest disappears it has no choice but to hunt the most abundant mammal left...man. With less than 400 wild Sumatran tigers left in the wild time is running out... E.L.E."

License:
All rights reserved. Exhibited on USEUM with the permission of the rights owner.
For more:
http://society6.com/LukasBrezak/Tiger-Eg0_Print