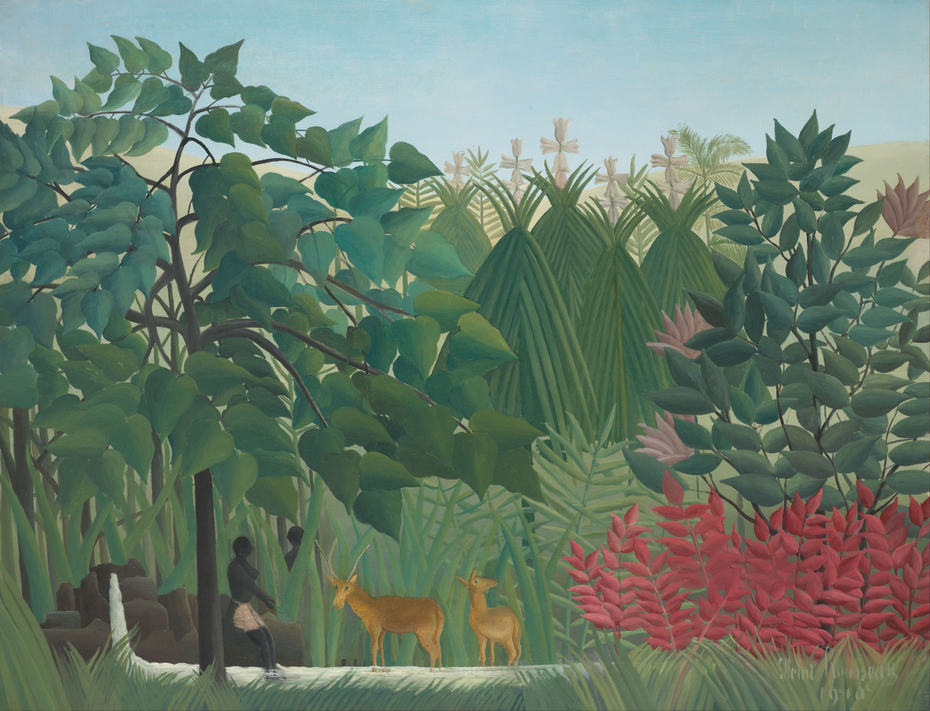 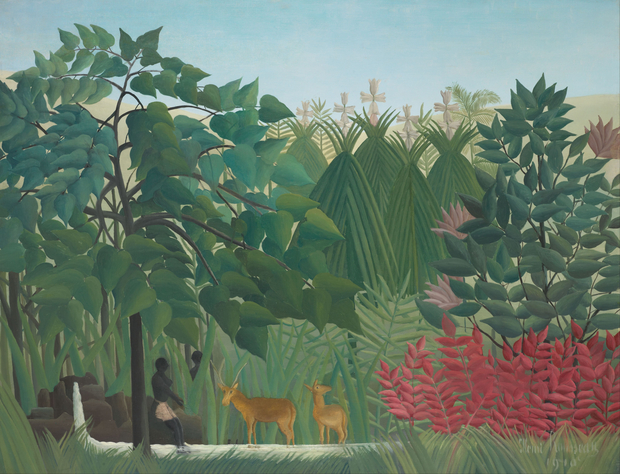 1910
Among the very last compositions Henri Rousseau painted, The Waterfall is typical of the large-scale jungle scenes for which he gained renown in the 20th century. A self-taught artist who worked by day as a customs agent until the age of 49, Rousseau never set foot outside of France. Instead, he learned about the flora and fauna of far-away places through visits to Paris botanical gardens and zoos as well as in popular books. As a result, his landscapes often reflect how Parisians at the time imagined France’s colonial empires in Africa and the Americas. Here, he created a secluded vignette of two dark-skinned figures and a pair of deer at a stream surrounded by dense foliage. As we look upon them, seemingly undetected or just noticed by the deer, we encounter a fictional scene that reflects 20th-century European ideas about escaping modernity and returning to more peaceful origins. (Source: Art Institute of Chicago)