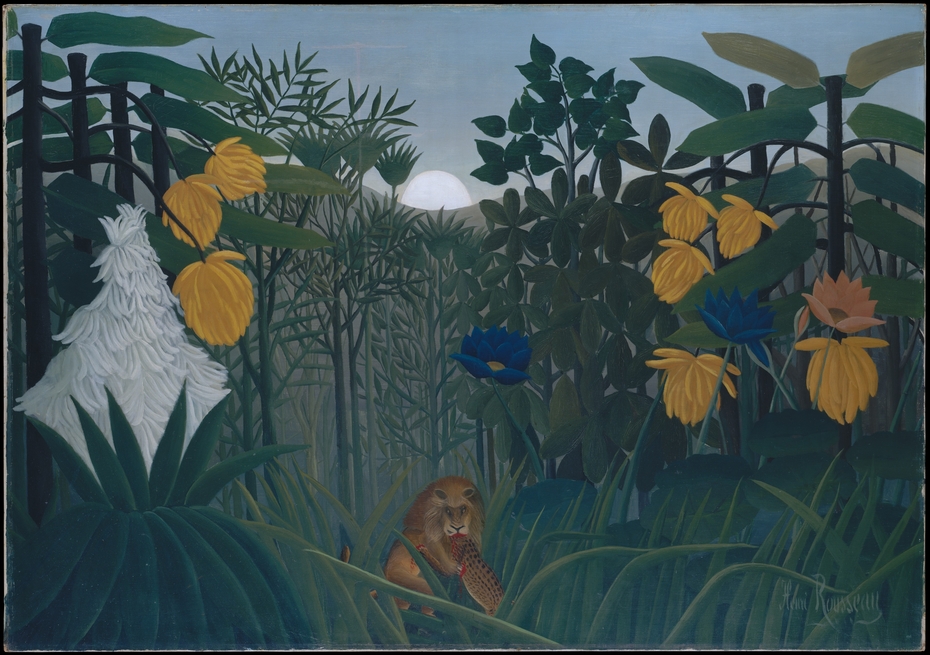 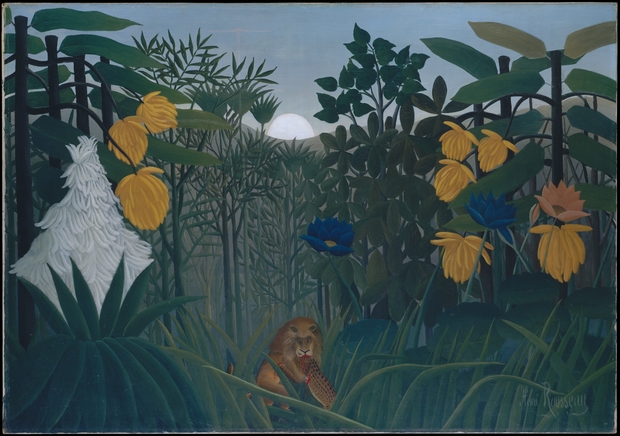 The Repast of the Lion

1907
This work was probably shown in the Salon d'Automne of 1907, but it treats a theme that Rousseau first explored in Surprised! of 1891 (National Gallery, London). He based the exotic vegetation of his many jungle pictures on studies that he made in Paris’s botanical gardens, and adapted the wild beasts from popular ethnographic journals and illustrated children's books. Rousseau’s nickname, "le Douanier," derives from his job as a customs official. (Source: The Metropolitan Museum of Art)

License:
Courtesy of the Metropolitan Museum of Art
For more:
https://www.metmuseum.org/art/collection/search/438822