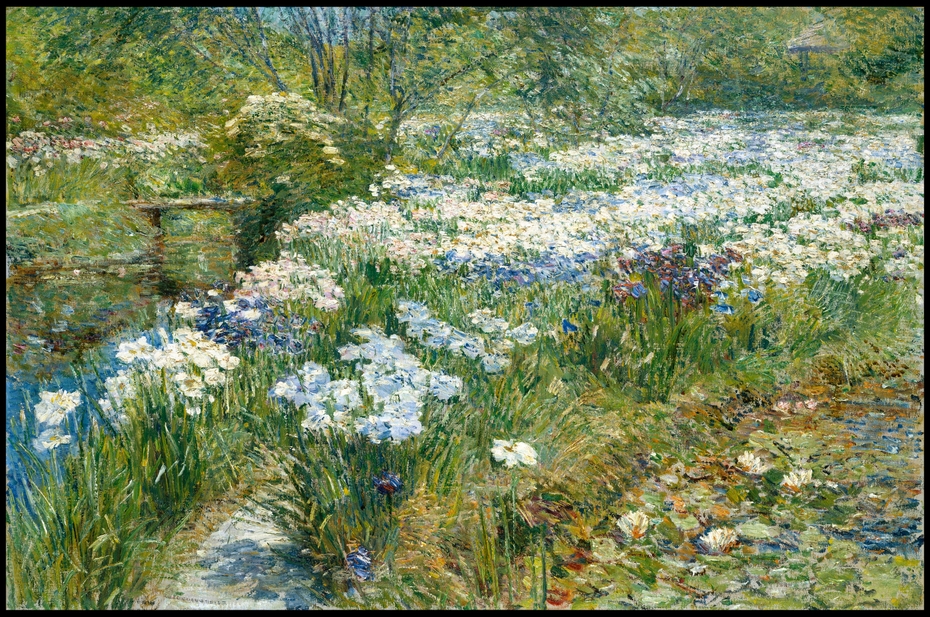 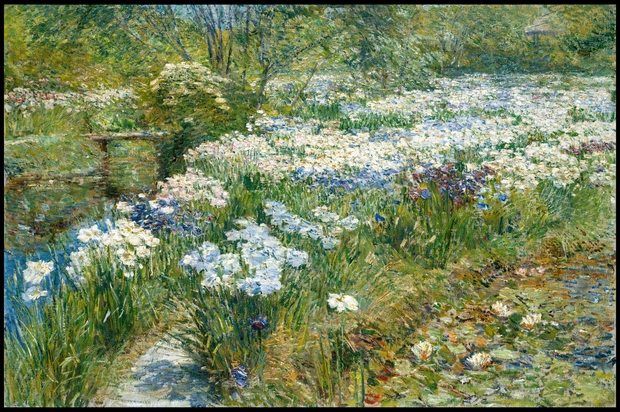 1909
This intimate landscape, with its strong rhythmic composition, flattened space, and tapestry-like application of paint, illustrates the modification of Hassam's style at the turn of the century when he absorbed Post-Impressionist developments. The painting is thought to have been executed on the property of a friend in East Hampton who had a beautiful lily pond surrounded by irises. Hassam was later to buy his own home in East Hampton, where he spent long periods during the last sixteen years of his life. (Source: The Metropolitan Museum of Art)

Notes from the contributor:
Partial and Promised Gift of Mr. and Mrs. Douglas Dillon, 1994

Size:
24 x 36 in. (61 x 91.4 cm)
Medium:
Oil on canvas
License:
Courtesy of The Metropolitan Museum of Art
For more:
http://www.metmuseum.org/collection/the-collection-online/s…