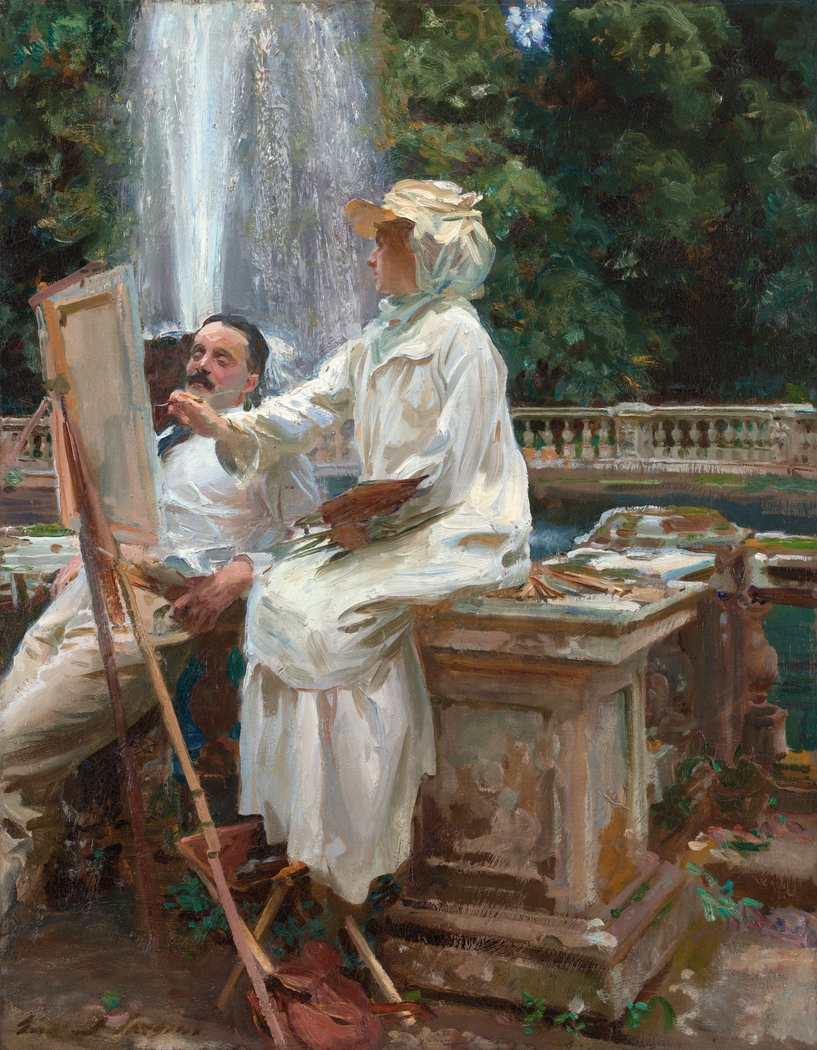 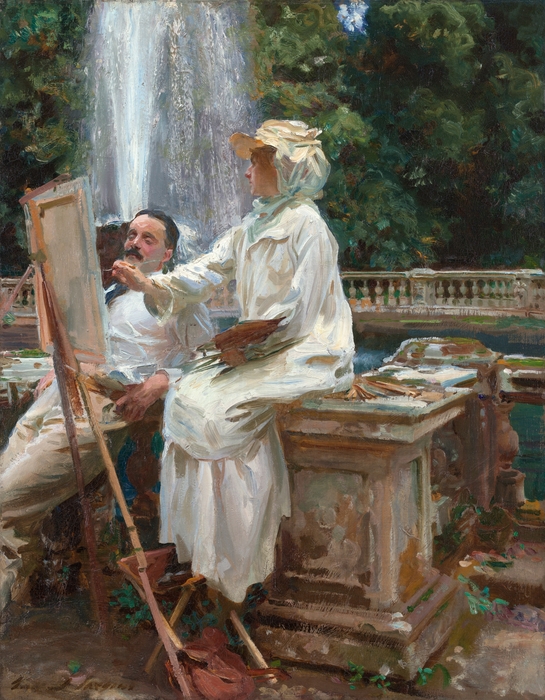 1907
The year 1907 was a turning point for John Singer Sargent, as he daringly stepped away from his successful career as a portraitist in favor of plein air painting. This strong and lively work aptly captures that moment of transition, combining landscape and portraiture in a composition that speaks to friendship and painterly pursuits while also celebrating color, surface, and fleeting effects of light and movement. The couple is Wilfrid and Jane Emmet de Glehn, professional artists and Sargent’s frequent traveling companions. Although The Fountain has the appearance of spontaneity, Sargent was frequently interrupted by rain as he worked. He thus completed it over several days, requiring his friends to pose at length. (Source: Art Institute of Chicago)

Notes from the contributor:
Set in a sunlit garden in the central Italian town of Frascati, this charming double portrait depicts Sargent’s friends and fellow artists Wilfrid and Jane Emmet de Glehn. The painting is filled with light, displaying Sargent’s characteristically dazzling surface articulated with thick impasto and virtuoso brushwork. Jane described the work as a “most amusing and killingly funny picture” in a letter to her sister Lydia. Read more...