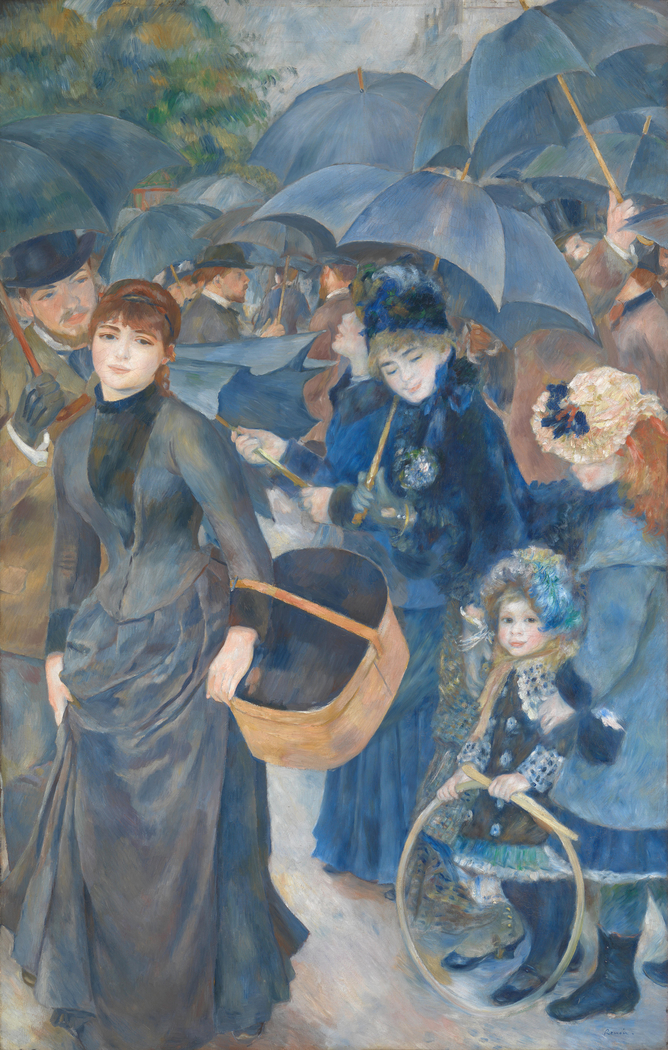 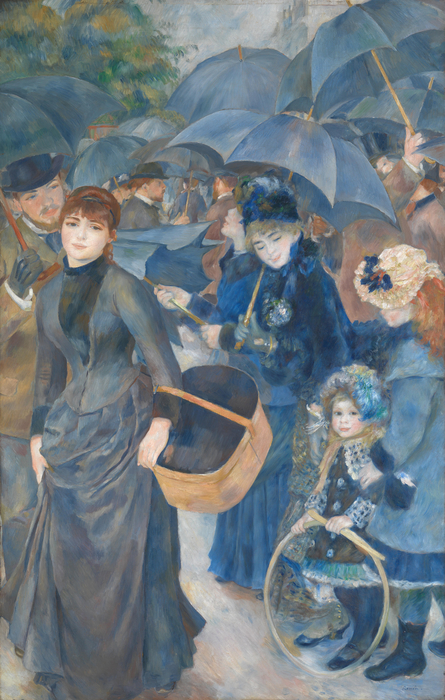 Renoir's 'Umbrellas' shows a bustling Paris street in the rain. The composition of the painting does not focus on the centre of the picture which is a tangle of hands. It even cuts off figures at either edge like a photographic snapshot. This kind of unconventional arrangement was something that several of the Impressionists, including Renoir and Degas, enjoyed experimenting with.
The work is particularly intriguing in that it shows the artist at two separate points in his career, the second of which was a moment of crisis as he fundamentally reconsidered his painting style.
When he began 'The Umbrellas' in 1880-1, Renoir was still using the typically loose brushwork and bright, pure colours of the Impressionist movement - the sort of technique he employed in 'The Skiff (La Yole)'. During the early 1880s, he became increasingly disillusioned with the Impressionist technique.
He began to look back to more traditional art: the drawings of Ingres and the 'purity and grandeur' of classical art. Returning to 'The Umbrellas', he repainted the figure on the left in a crisper style, using a more muted palette. The rapid changes in women's fashions allow us to date the second stage of the painting to 1885-6.