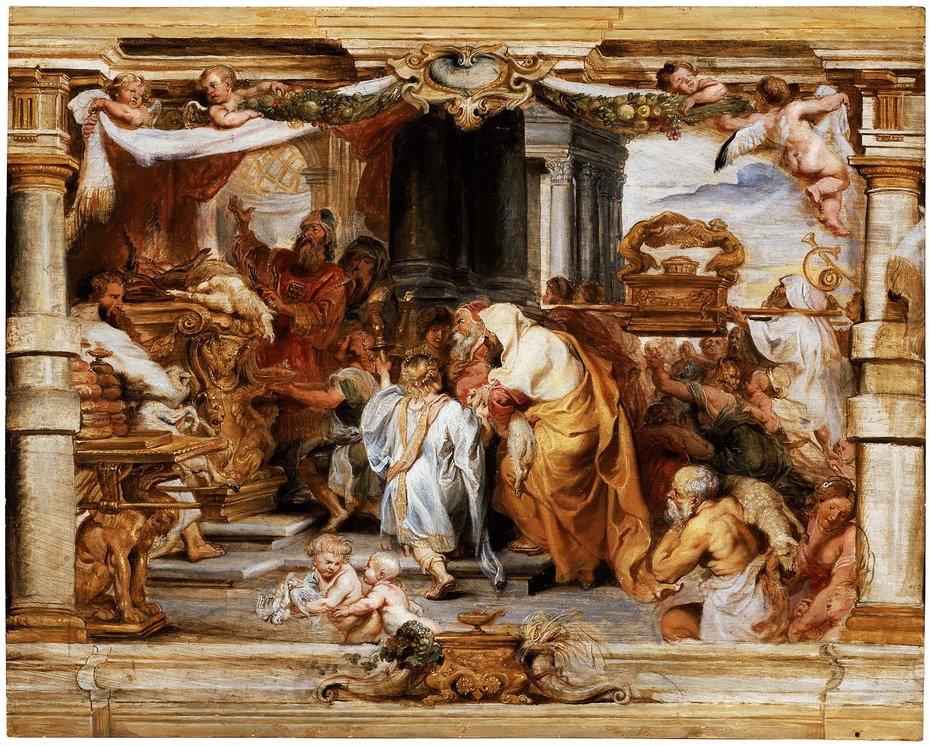 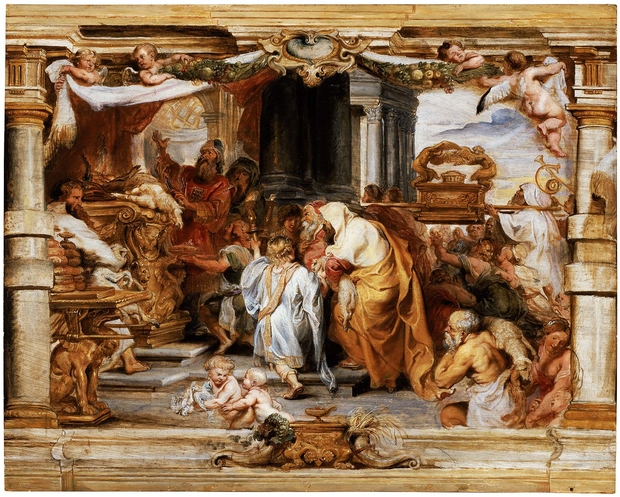 The Sacrifice of the Old Covenant

This oil sketch is the design for one tapestry in a cycle known as The Triumph of the Eucharist. The Old Testament sacrifice of a lamb was presented as a foreshadowing of the sacrifice of Christ, commemorated in the sacrament of the Eucharist, or Holy Communion. Rubens depicted the scene as if on a tapestry suspended from the surrounding architecture; the illusion in the final woven version would be of one tapestry within another. [source] 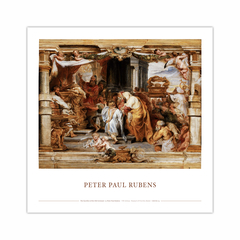