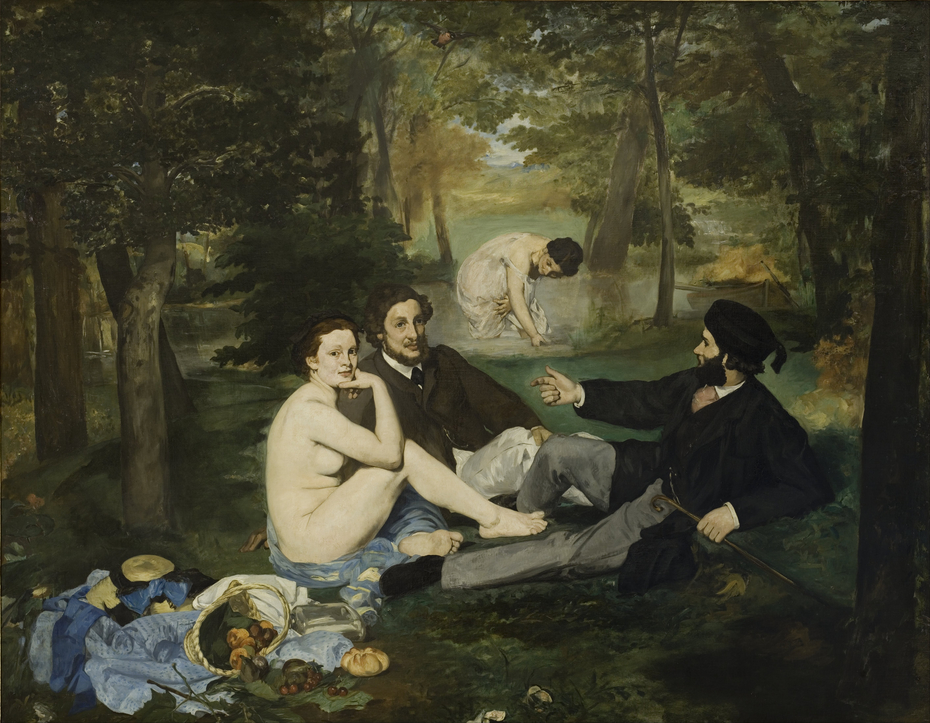 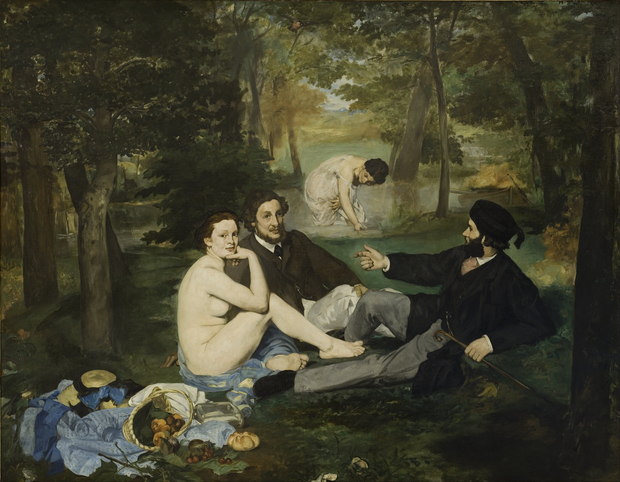 The Luncheon on the Grass

1862
Rejected by the jury of the 1863 Salon, Manet exhibited Le déjeuner sur l’herbe under the title Le Bain at the Salon des Refusés (initiated the same year by Napoléon III) where it became the principal attraction, generating both laughter and scandal.

Yet in Le déjeuner sur l'herbe, Manet was paying tribute to Europe's artistic heritage, borrowing his subject from the Concert champêtre – a painting by Titian attributed at the time to Giorgione (Louvre) – and taking his inspiration for the composition of the central group from the Marcantonio Raimondi engraving after Raphael's Judgement of Paris.But the classical references were counterbalanced by Manet's boldness. The presence of a nude woman among clothed men is justified neither by mythological nor allegorical precedents. This, and the contemporary dress, rendered the strange and almost unreal scene obscene in the eyes of the public of the day. Manet himself jokingly nicknamed his painting "la partie carrée".

In those days, Manet's style and treatment were considered as shocking as the subject itself. He made no transition between the light and dark elements of the picture, abandoning the usual subtle gradations in favour of brutal contrasts, thereby drawing reproaches for his "mania for seeing in blocks". And the characters seem to fit uncomfortably in the sketchy background of woods from which Manet has deliberately excluded both depth and perspective. Le déjeuner sur l'herbe - testimony to Manet's refusal to conform to convention and his initiation of a new freedom from traditional subjects and modes of representation - can perhaps be considered as the departure point for Modern Art.