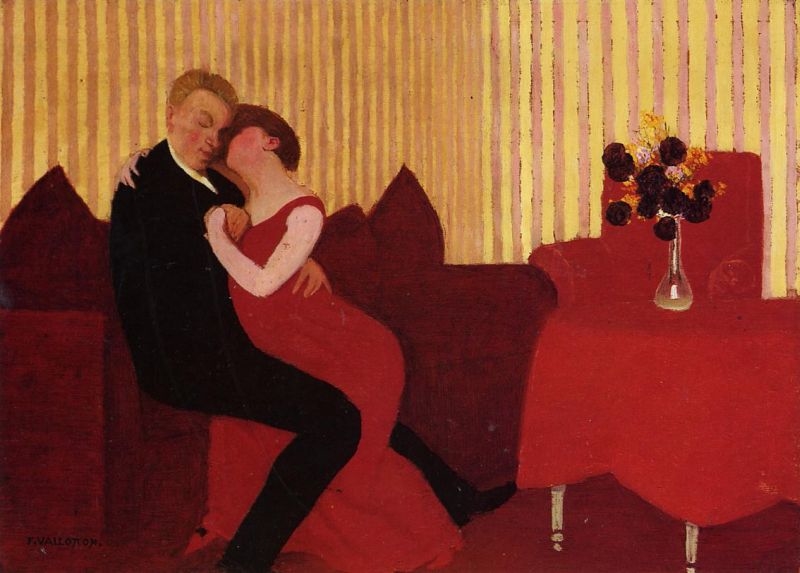 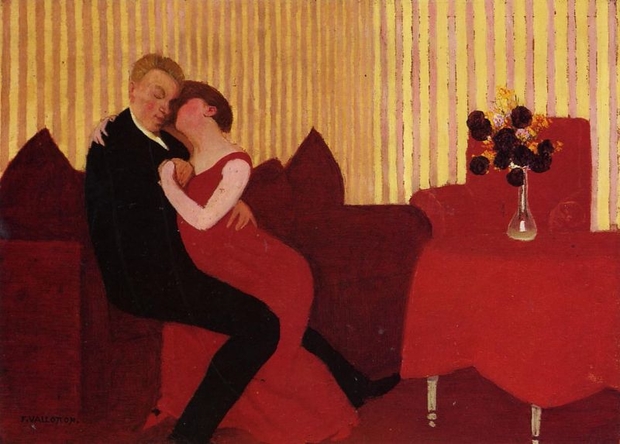 1898
A woman leans towards a man, her hand entwines his body in show of sensuousness. She whispers into his ears something that the viewers are forbidden the right to privy to. But one has the eye to deduce, from the slightly wrinkled of the man’s nose and the slightly arched of his eyebrow, that the message she confides to him seems to be one that pricks his annoyance. Or is it? One quickly retracts on his original conjecture. Or could it be that the man is actually smiling, made amused by his lover’s sweet nothings. Or is it rather a hackneyed episode of the deceiver and the deceived, but is the latter always so blind to the trap he is about to fall into? Perhaps not so much as his face intimates his mistrust to the woman’s flattering words. Gradually one grows fretful of so many possible answers to an ever-unsolvable question, especially under the likelihood that not even one of them accurately squares with the painter’s real intention. Therefore, out of sheer frustration, one will declare that a painting like The Lie (1989) is “rather baffling.”[source]

License:
This image may be subject to copyright.
For more:
http://www.museumsyndicate.com/item.php?item=13343