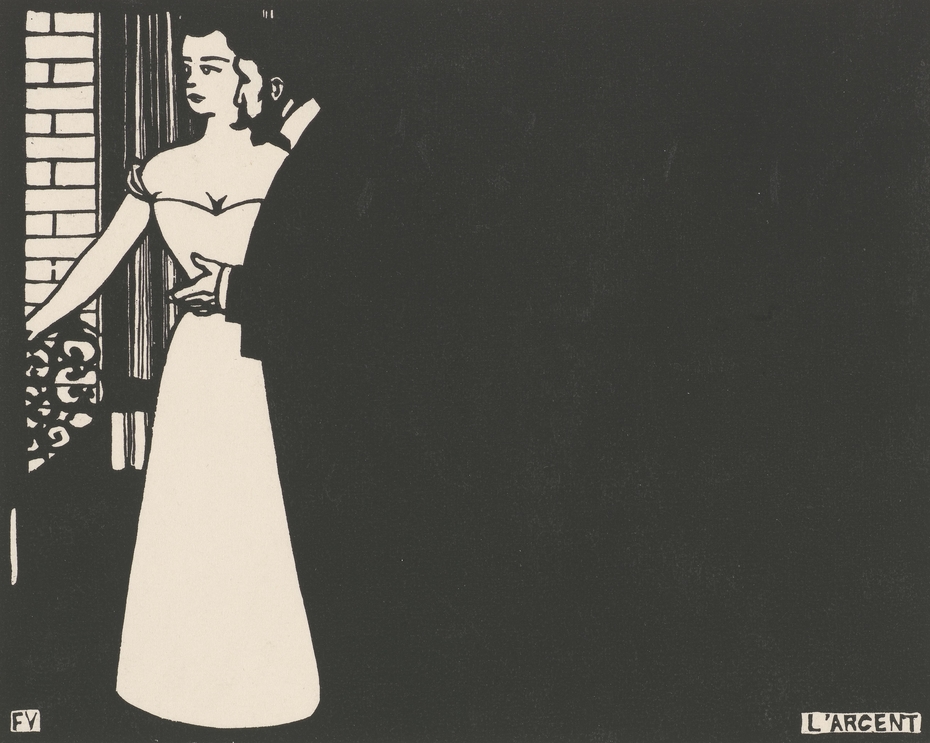 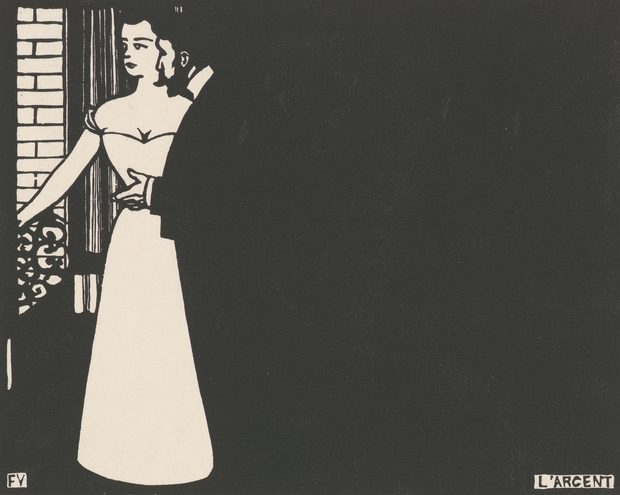 1898
The woodcut entitled Money presents a scene between a man shrouded in darkness and a woman, whose white dress lends her an air of innocence. While at first I considered the man to be a predator and the woman to be a helpless victim of his advances, the title eventually convinced me that the woman probably plays a greater role than she first suggests. Rather an innocent, damsel in distress, could she instead be money-hungry prostitute luring her next client through cold demeanour?[source]