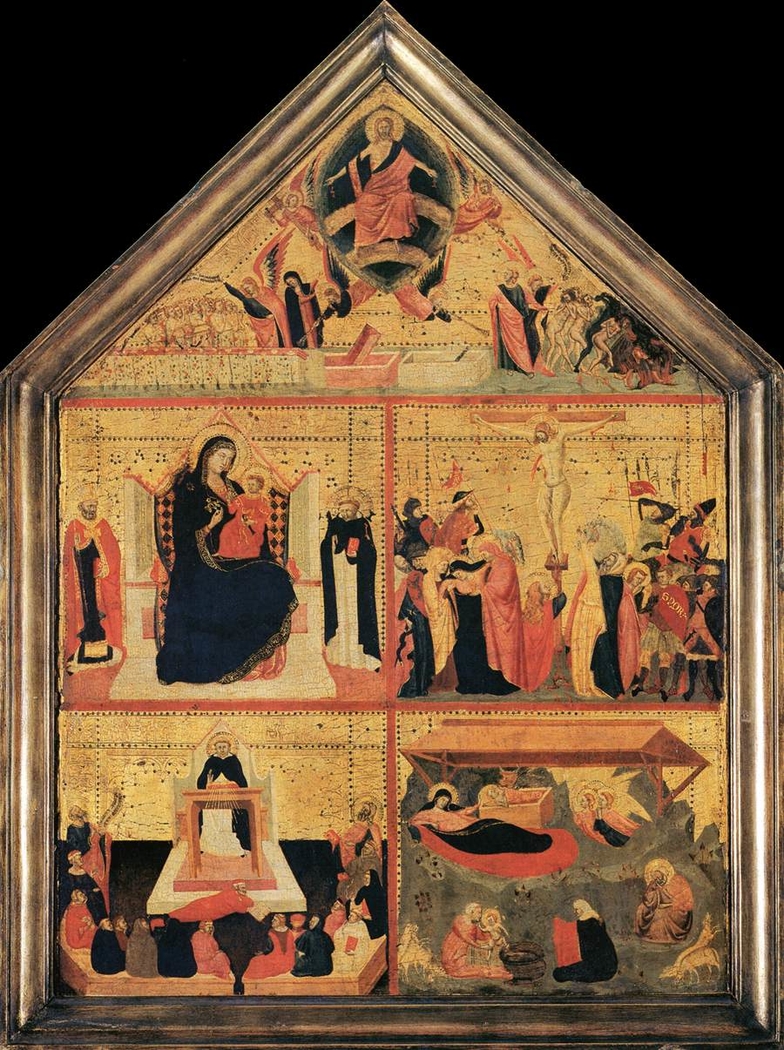 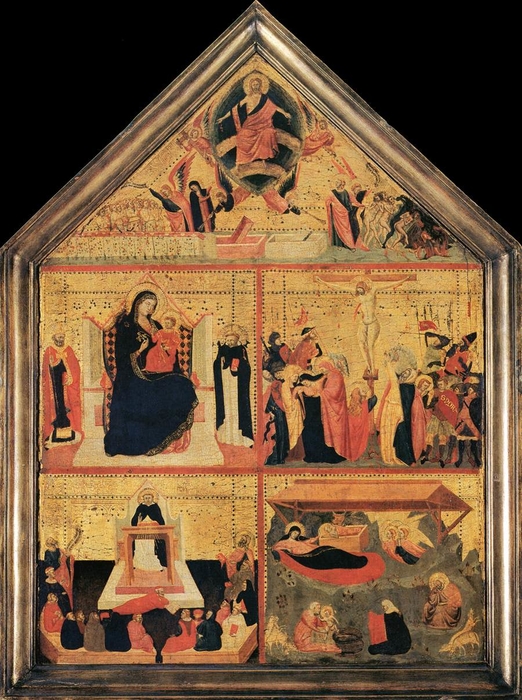 The Last Judgment; The Virgin and Child with a Bishop-Saint and Saint Peter Martyr; The Crucifixion; The Glorification of Saint Thomas Aquinas; The Nativity

1325
by Master of the Dominican Effigies (Italian)

One of the principal Florentine manuscript illuminators during the second quarter of the fourteenth century, the anonymous artist known as the Master of the Dominican Effigies, like many of his contemporaries, was also active as a painter. He was named after a panel depicting Christ and the Virgin with Seventeen Dominican Saints, in the Chuch of Santa Maria Novella, Florence. The Lehman panel exemplifies the artist's emphasis upon lively narrative and decorative detail, executed in reduced form, highlighting his tendencies as a miniaturist. This panel likely formed the center of a small folding tabernacle (whose flanking wings have been lost), intended for private devotion. The scene at the lower left depicting the Dominican theologian Saint Thomas Aquinas was unprecedented in Florentine painting and suggests the tabernacle was commissioned for a Dominican institution or patron.

License:
Courtesy of The Metropolitan Museum of Art
For more:
https://www.metmuseum.org/art/collection/search/459041

More artworks by Master of the Dominican Effigies >