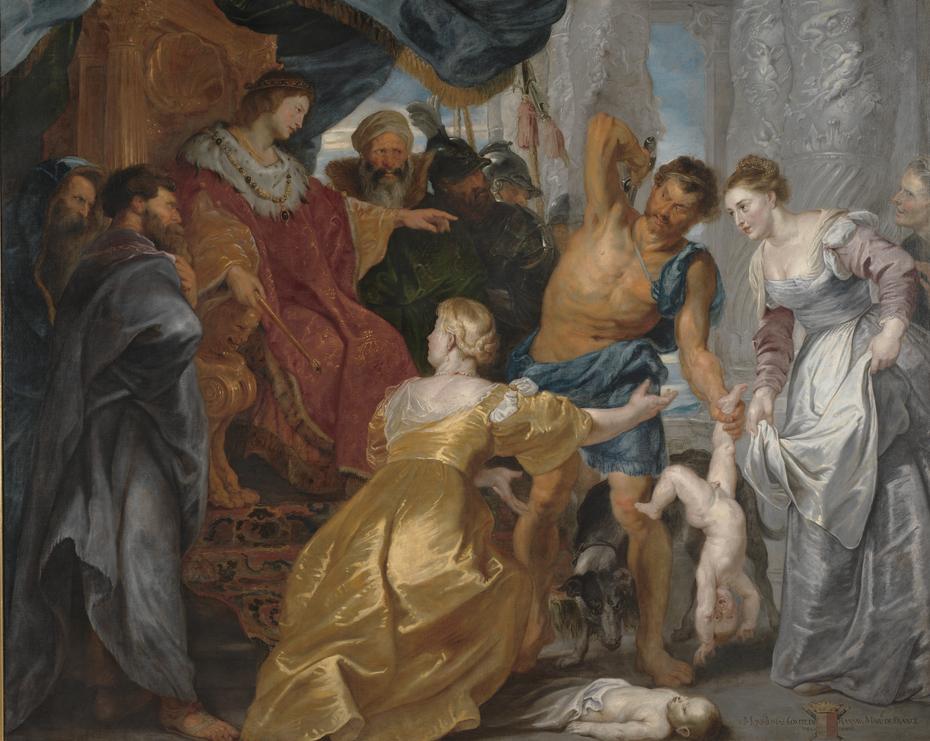 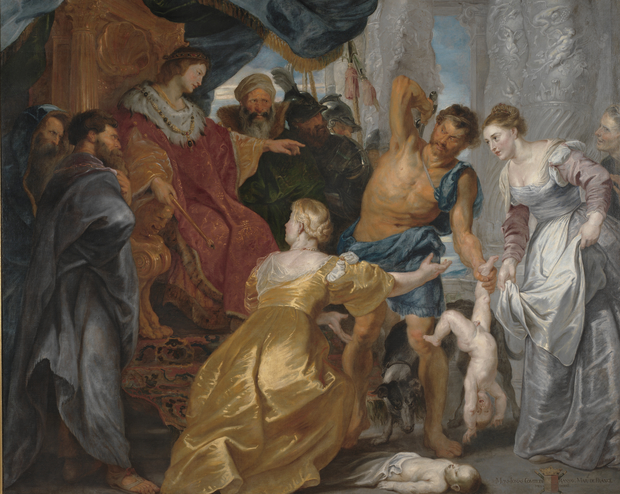 The Judgement of Solomon

1617
The first Book of Kings in the Bible (3:16-28) tells the story of how King Solomon had to pass judgment in a case concerning two prostitutes who lived in the same house and had given birth at the same time. One of the children died shortly afterwards, and now both women claimed the living child as theirs.

King Solomon’s wisdom and sense of justice led him to have a sword brought in and to order the living child cloven in two so that the women could share it. This order provoked the desired response in the true mother who gave up her half in the hope of saving the child’s life.

The painting's warm and cold side
The painting has a warm and a cold side. This polarisation concerns both the grouping of the colours and the story itself. The warm colours – the yellow garments of the true mother, Solomon’s red cloak and golden throne – against the cold hues – the executioner’s blue sash, the false mother’s icily white dress, and the twisted silvery columns behind her.

The painting made by Rubens' workshop
Rubens is a master of arranging compositions to form natural narratives. In this case, however, he did not do much of the brushwork himself. The painting is believed to be a product of his lucrative workshop where a group of highly skilled painters translated the master’s own oil studies into large finished canvases.

License:
Courtesy of the National Gallery of Denmark
For more:
http://www.smk.dk/en/explore-the-art/highlights/peter-paul-…