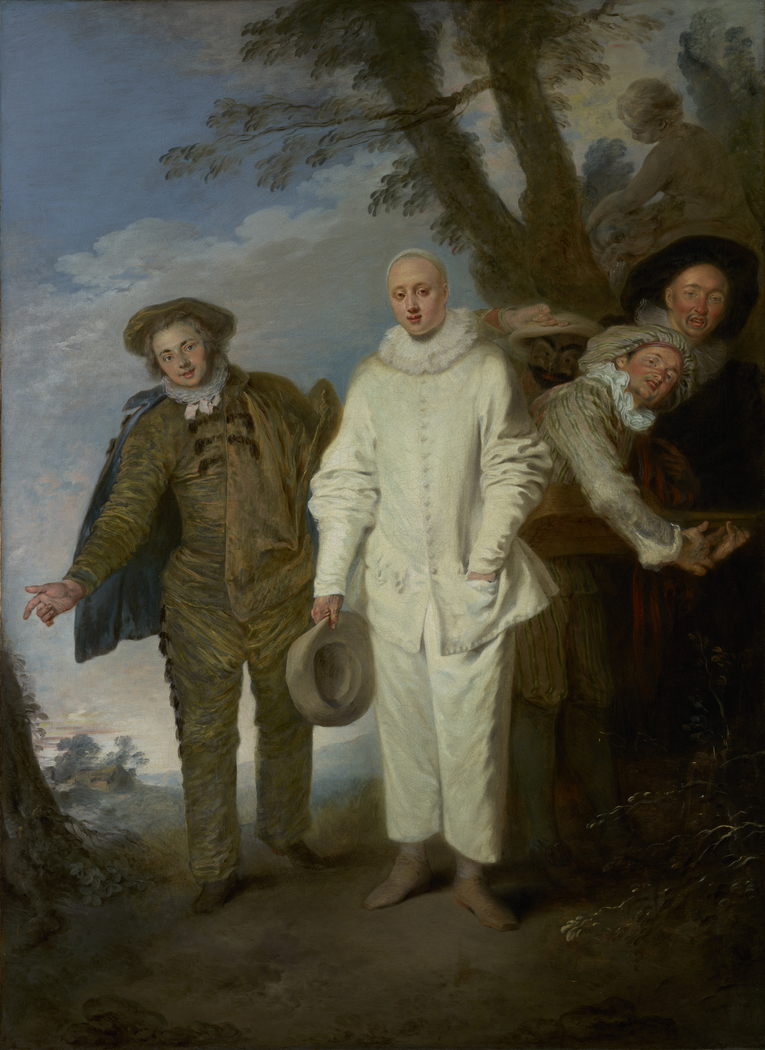 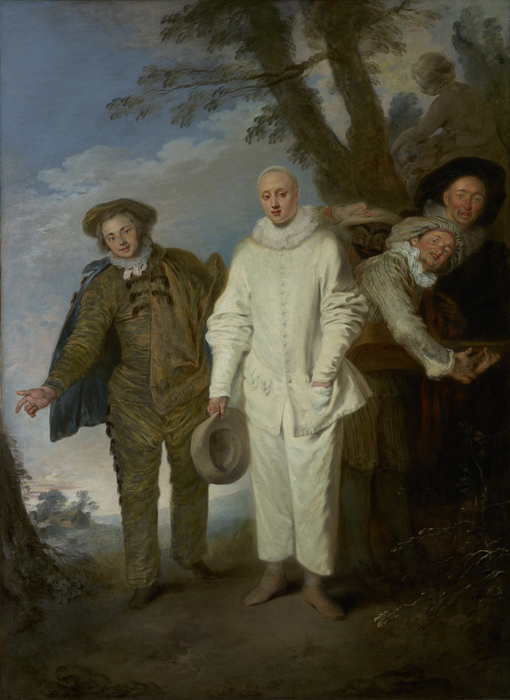 1720
Five comedians have just finished their performance in a verdant park on the outskirts of Paris and look expectantly at their audience. Pierrot, the clown in a baggy white suit, is already holding his hat in his hand, hoping that a few coins might be thrown into it.

Flanking Pierrot are four other performers dressed as characters from the Italian commedia dell'arte, which enjoyed great popularity in 18th-century Paris. Brighella wears a splendid greenish-gold suit and shoulder cape trimmed with black stripes. Mezzetin strums a few chords on his guitar, while Harlequin in a black mask with its horsehair eyebrows and moustache peers over his shoulder. A mock Spanish costume of black velvet with a white ruff identifies the figure on the far right as Scaramouche.

The actors penetrate our world with an intense humanity and vivid reality, far removed from the theatrical artifice and caprice of the stage they have just left.