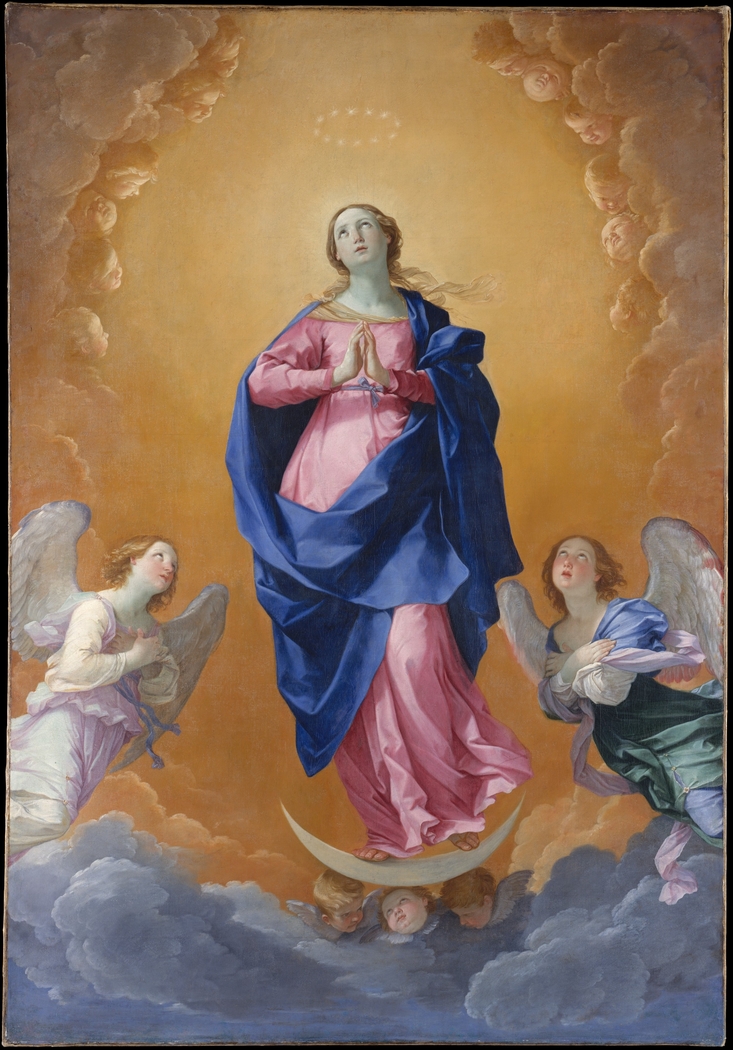 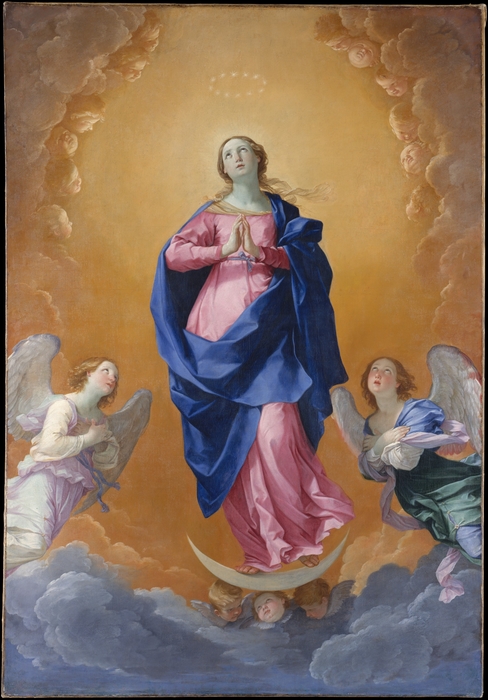 1627
Reni, the most celebrated painter of seventeenth-century Italy, was particularly famous for the elegance of his compositions and the beauty and grace of his female heads, earning him the epithet “Divine.” This altarpiece, with its otherworldly space shaped by clouds and putti in a high-keyed palette, was commissioned in about 1627 by the Spanish ambassador in Rome for the Infanta of Spain. It later hung in the cathedral of Seville, where it exercised a deep influence on Spanish painters, especially Murillo.

License:
Courtesy of The Metropolitan Museum of Art
For more:
https://www.metmuseum.org/art/collection/search/437423