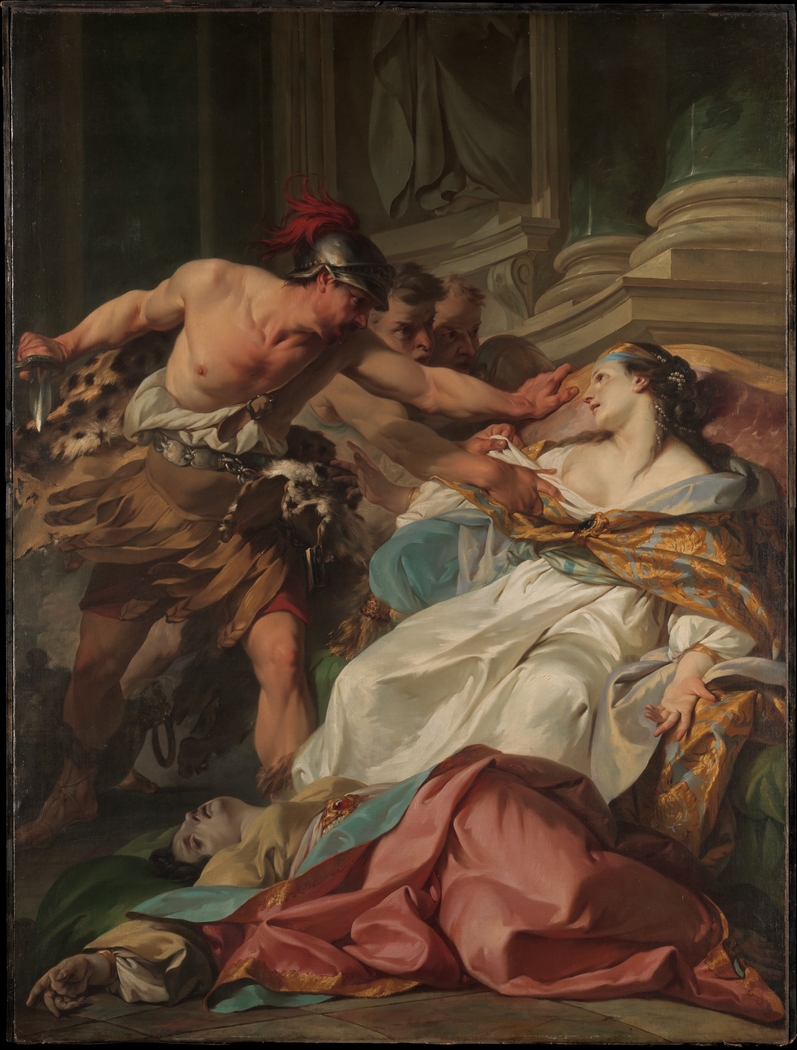 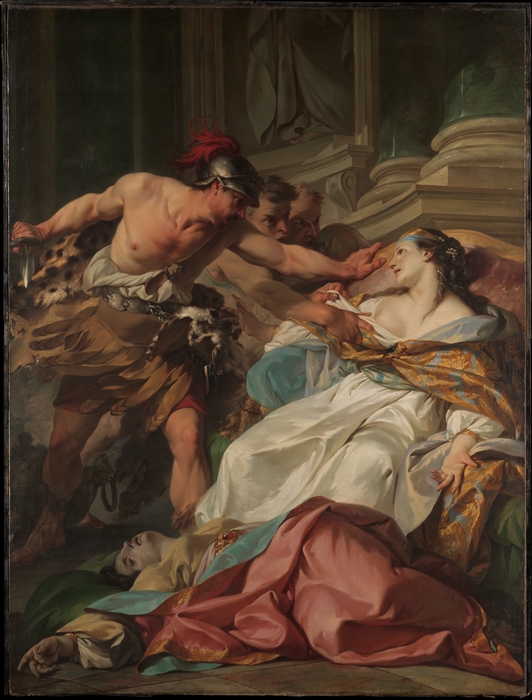 The Death of Harmonia

1740
This painting’s subject—a second-century B.C. tale of dynastic succession, murder, and morally motivated self-sacrifice—was nearly as obscure to Pierre’s audiences as it is to us today. The guidebook to the Salon of 1751, where Pierre showed this painting, offered an explanation of what was depicted, evidence of the drawbacks of complex history subjects. Nonetheless, it is easy to appreciate Pierre’s masterful mobilization of baroque dramatic action through poses, facial expressions, and drapery. His decision to exhibit the painting a decade after it was executed was probably prompted by the publication of Charles Nicolas Cochin’s engraving after it in 1751.

License:
Courtesy of The Metropolitan Museum of Art
For more:
https://www.metmuseum.org/art/collection/search/437286