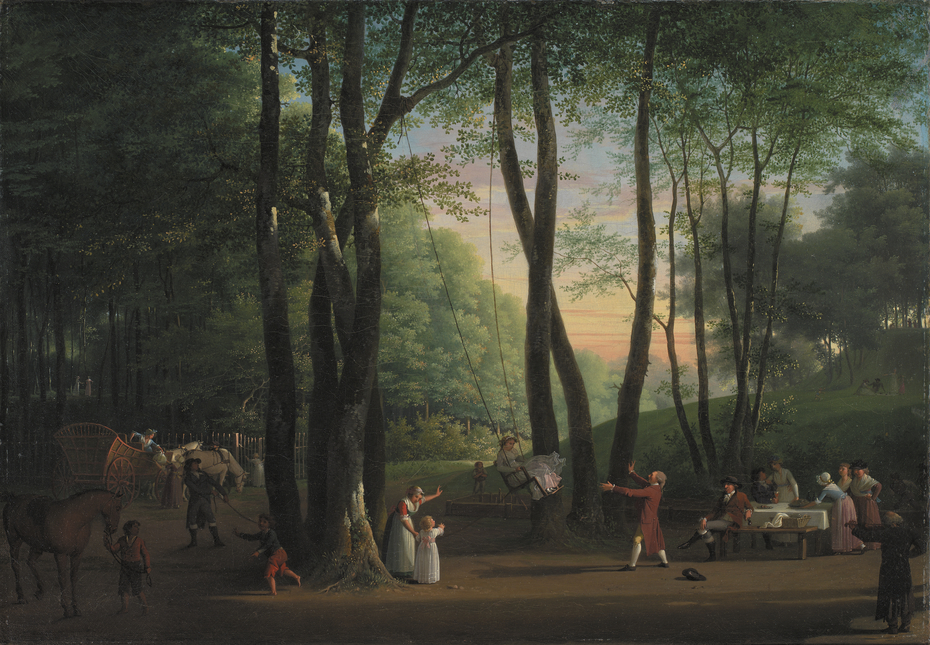 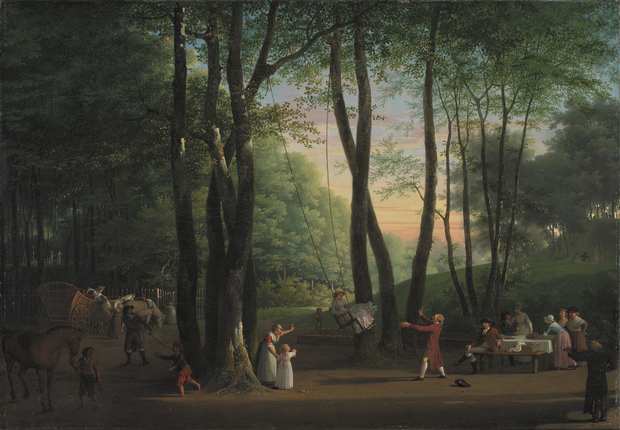 The Dancing Glade at Sorgenfri North of Copenhagen

1800
At the end of the 18th century a new pastime became popular among the citizens of Copenhagen: outings to the Dancing Glade at Sorgenfri Palace north of Copenhagen. Here, the crowds would picnic, relax, and while away time playing games. Juel captures one of these carefree events.

A middle-class idyll
The scene is a middle-class idyll where city dwellers take a rest from the frantic pace of their everyday lives. In this respect the painting points towards the next major period in Danish painting, the so-called Golden Age, where life was very much seen through the eyes of the industrious middle classes. As in several others of Juel’s pictures from around 1800, the landscape itself occupies a prominent position here.

License:
Courtesy of the National Gallery of Denmark
For more:
http://www.smk.dk/en/explore-the-art/highlights/jens-juel-t…