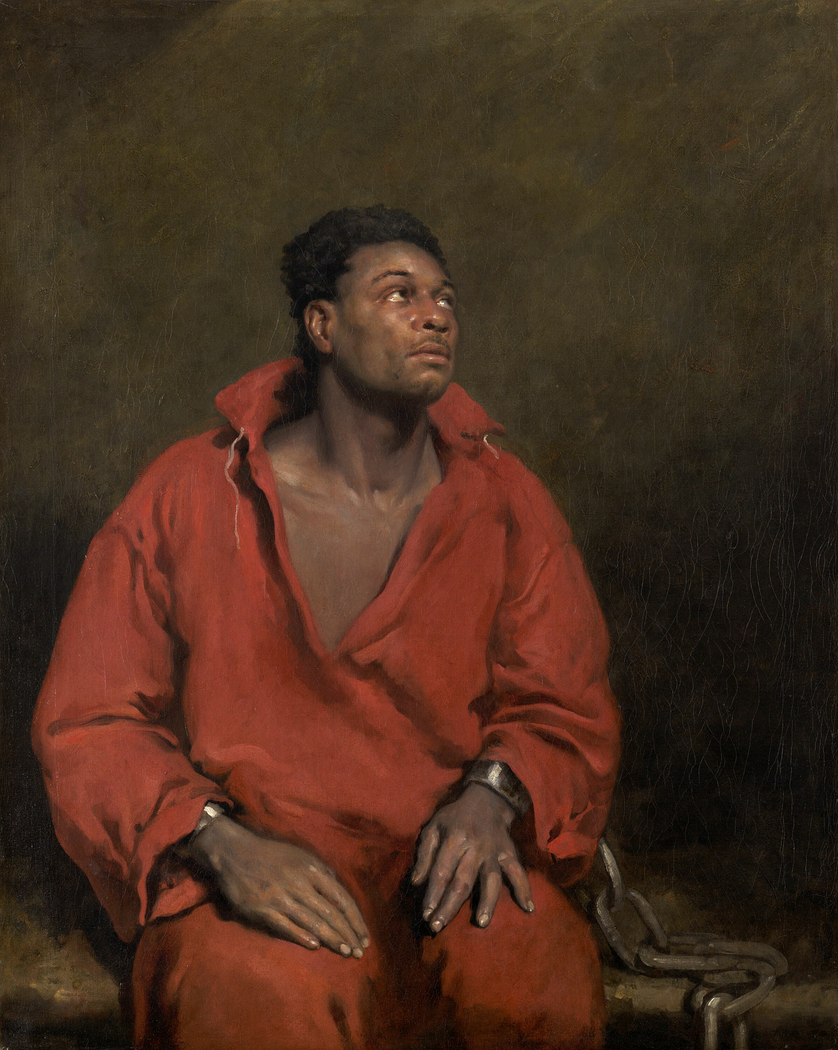 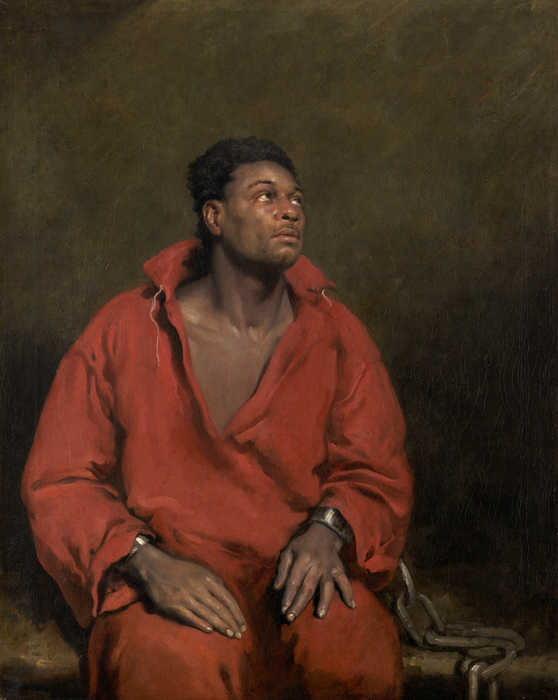 1827
This arresting depiction of an enslaved man was first exhibited in London in 1827 and constituted a timely abolitionist appeal in the years immediately preceding the British Emancipation Act of 1833. Simpson positioned his subject with his head and eyes raised toward the heavens in an echo of the conventional poses for Christian saints and martyrs. The artist thus used familiar iconography to appeal to the sentimentality and supposedly benevolent moral superiority of wealthy white viewers with the requisite power to sway public policy.

But the deeply moving pose also reflects the artistic contribution of the model for the figure, now identified as Ira Aldridge, a free-born American who was the first well-known Shakespearian actor of African descent on the British stage. Famous for playing the title role in Othello, Aldridge had also performed in Thomas Morton’s musical drama The Slave, which may have provided the immediate inspiration for Simpson’s painting. Aldridge was also renowned for his persuasive speeches for the abolitionist cause.

An engraving of this work, published by Edward Finden in 1827, is also in the Art Institute’s collection. (Source: Art Institute of Chicago)