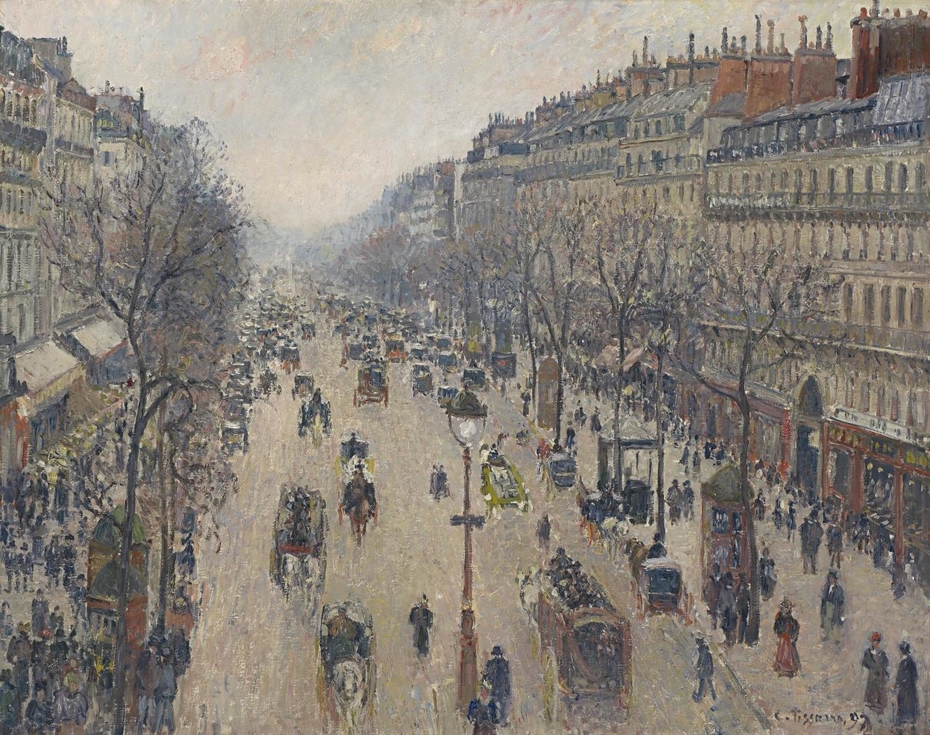 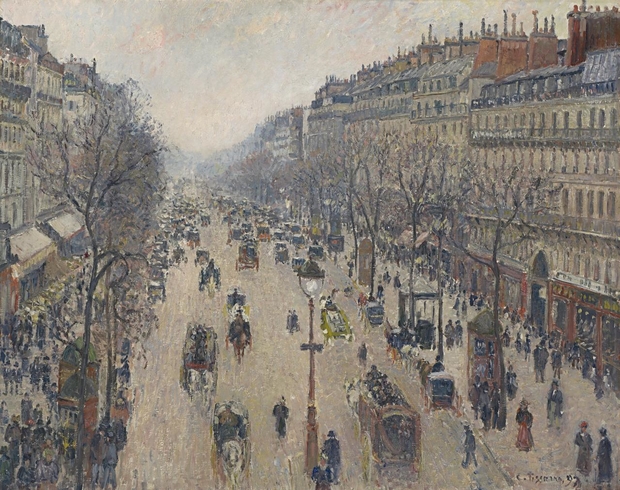 "In February 1897, Camille Pissarro began a series of paintings of the great boulevards of Paris. Between 10 February and 17 April he painted fourteen views of the boulevard Montmartre seen from the window of a hotel room. In these canvases Pissarro was less concerned with topography than with observing and capturing the constantly changing effects of light and weather. In addition, the fixed viewpoint afforded by his hotel’s upper- storey window allowed him to record not only the effects of weather patterns and light on the boulevard, but also, and just as importantly, the ever-changing configurations of the crowds and traffic below. source: National Gallery of Victoria

License:
Image may be subject to copyrights
For more:
http://www.ngv.vic.gov.au/explore/collection/work/4259/