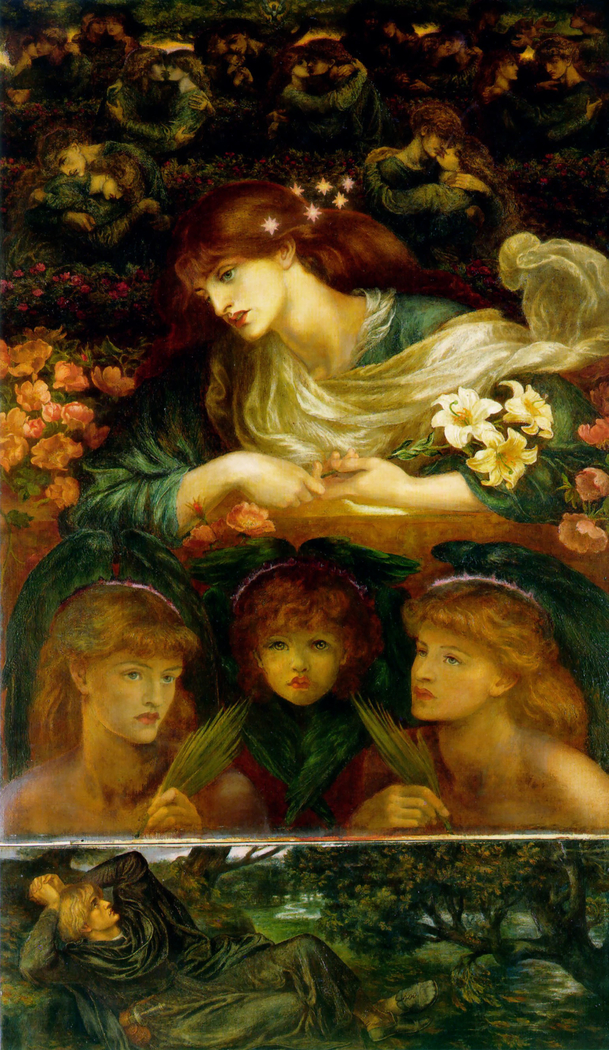 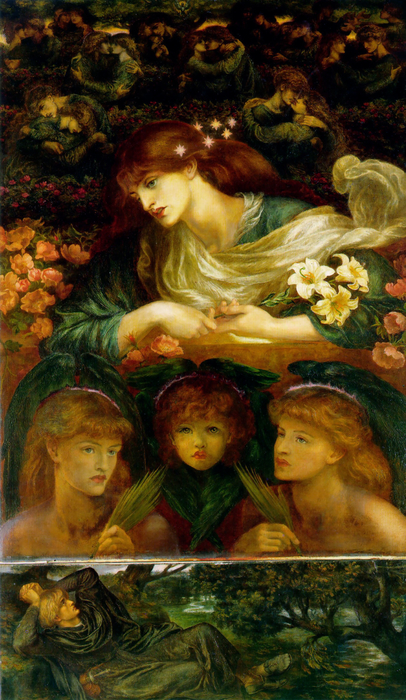 1875
Rossetti was a poet as well as an artist. His poem “The Blessed Damozel” was first composed in 1847, when he was nineteen, and he continued to revise it until just before his death. William Graham, one of the artist’s most faithful patrons, commissioned a painting of its subject in 1871. The poem uses archaic language to describe the damozel, or damsel, leaning out of heaven — “the rampart of God’s house”— to behold her earthbound lover. The painting takes the form of a Renaissance altarpiece, with the damozel as a surrogate for the Virgin Mary. Graham, an avid collector of early Renaissance paintings, suggested that he add the predella (the panel or step traditionally found below the main part of an altarpiece) with the reclining lover in a terrestrial landscape. The two-part frame, designed by the artist, emphasizes the separation between heaven and earth — the “gold bar” described in the poem.