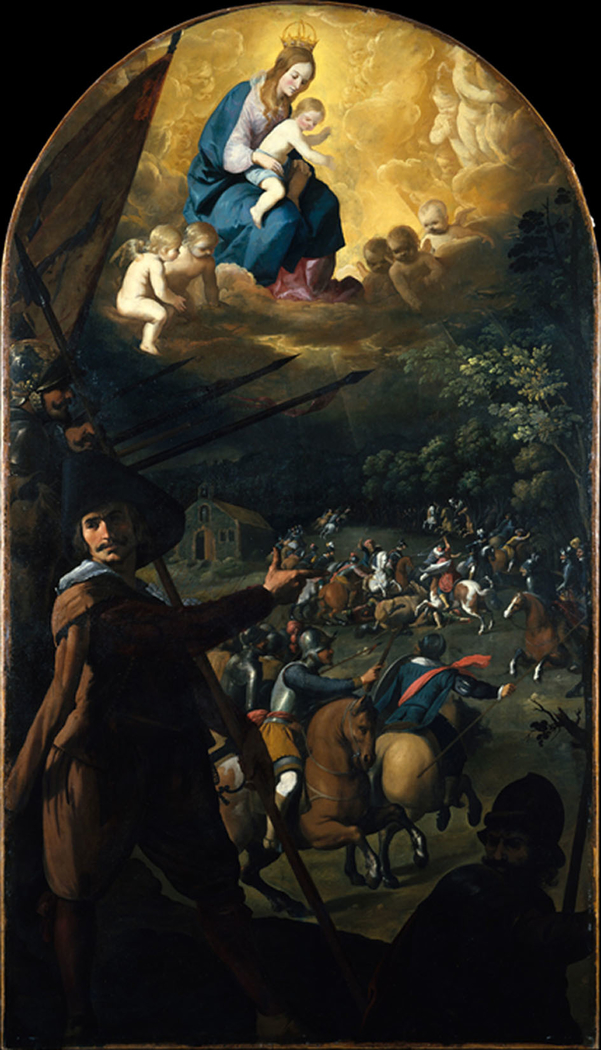 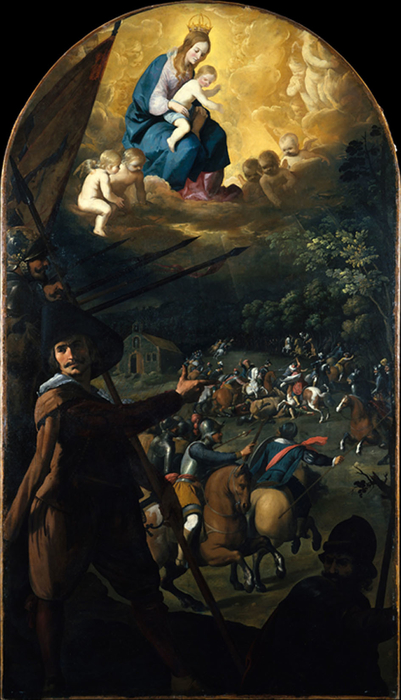 The Battle between Christians and Moors at El Sotillo

1637 - 1639
In 1370 the Spanish forces were saved from a night ambush when a miraculous light revealed the hidden Moorish troops. This picture depicting the miraculous event was painted for the apse of the Carthusian monastery of Nuestra Señora de la Defensión in Jerez de la Frontera. It formed part of a large, three-tiered altarpiece which comprised fourteen paintings and additional sculptures. For more information about this painting, including a reconstruction of the altarpiece, visit metmuseum.org. (Source: The Metropolitan Museum of Art)

License:
Courtesy of The Metropolitan Museum of Art
For more:
https://www.metmuseum.org/art/collection/search/437969