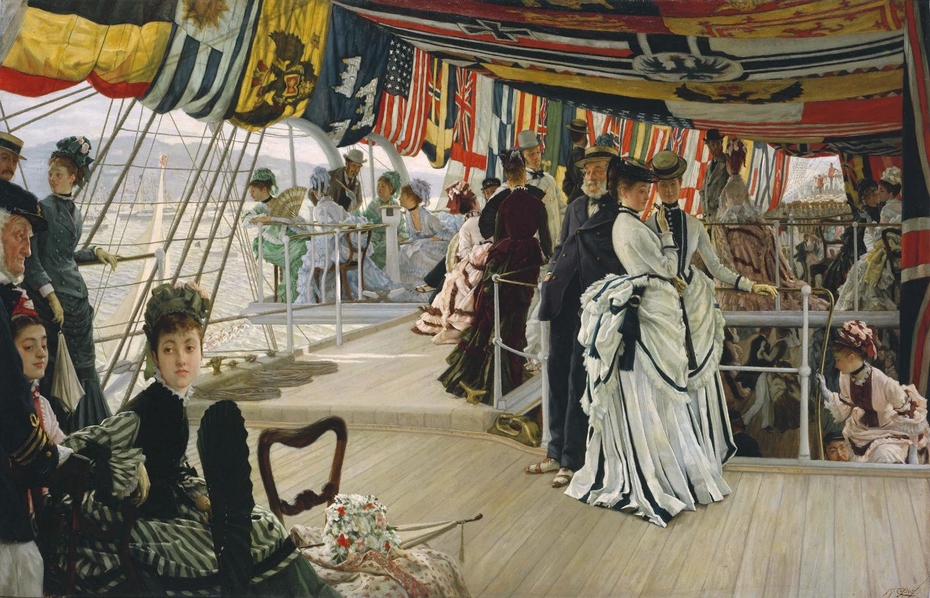 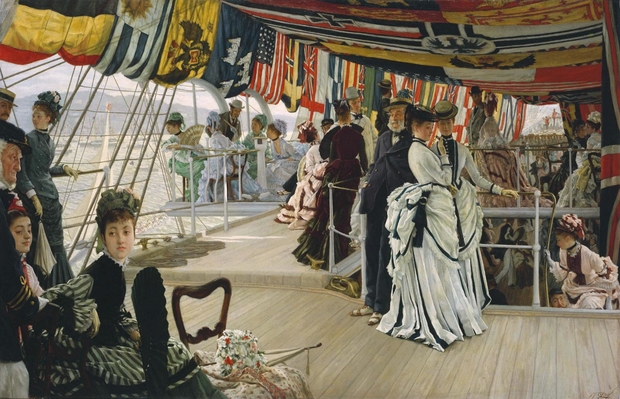 The Ball on Shipboard

1874
Tissot’s paintings of fashionable Victorian social scenes, such as this, were extremely popular and brought him celebrity and financial success. However some critics complained of their lack of clear narrative and moral purpose, which were deemed indispensable to the role of art as social teacher. John Ruskin described them as ‘unhappy mere colour photographs of vulgar society.’ Tissot certainly delighted in fashion, detailing even the most extravagant of costumes. In fact his paintings present their own form of subtle commentary, in terms of Victorian social conventions and the interaction of men and women in high society. [source]

Presented by the Trustees of the Chantrey Bequest 1937