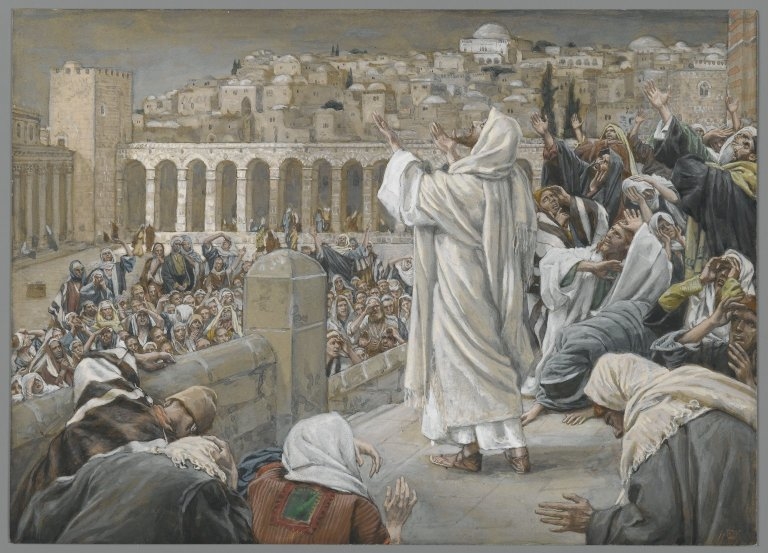 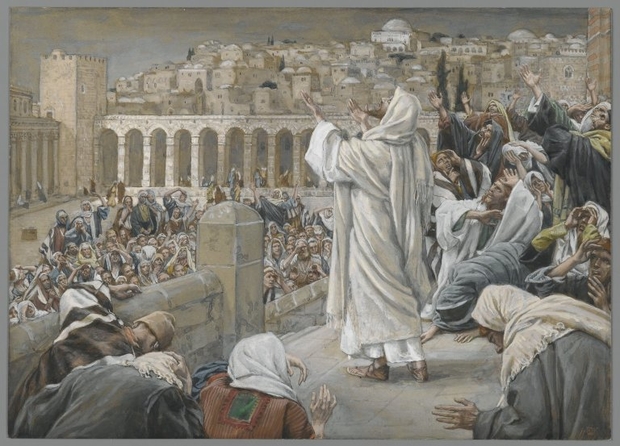 The Voice from on High

1886 - 1894
The image is comprised of many layers of opaque watercolor. Graphite lines appear along the top and right edges, presumably as guidelines to cutting the piece down. It is mounted to a secondary support of cream-colored wove paper.

Standing on a raised platform before the Court of the Gentiles outside the Temple, Jesus first considers asking God to save him from his impending sacrifice; but then, recognizing its necessity in the divine plan, he instead glorifies God’s name. The Lord responds from the heavens: some in the crowd hear thunder, others the voice of an angel. Jesus acknowledges his forthcoming death to those gathered.

With this image, Tissot again blends his interest in historical accuracy with a sense of mystery and wonder. He sets the scene in a very specific archaeological place: on a terrace elevated above the Court of Gentiles, noting that non-Jews were forbidden from this platform under pain of death. However, the artist also underscores the awe of the crowd as they hear the voice from on high—many cower as they look up at the sky with raised hands and wide eyes. [source]