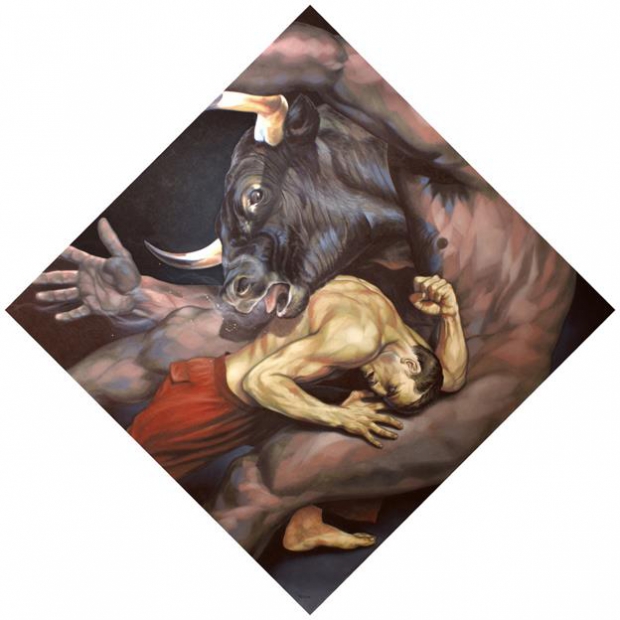 2008
As part of a series about Greek mythology, ‘Thesseus and the Minotaur’ is Recacha’s interpretation of the classic myth of Theseus in the heat of the moment as he fights against the Minotaur within the labyrinth of Knossos, Crete. Theseus was sent into the maze in order to battle the Minotaur, a mythical creature with a human body and a bull’s head and tail. The artist decided for this remarkable position of the painting in order to enhance the dynamic of the work. It produces a more dramatic and aggressive sense to the artwork, according to Recacha. Read more...