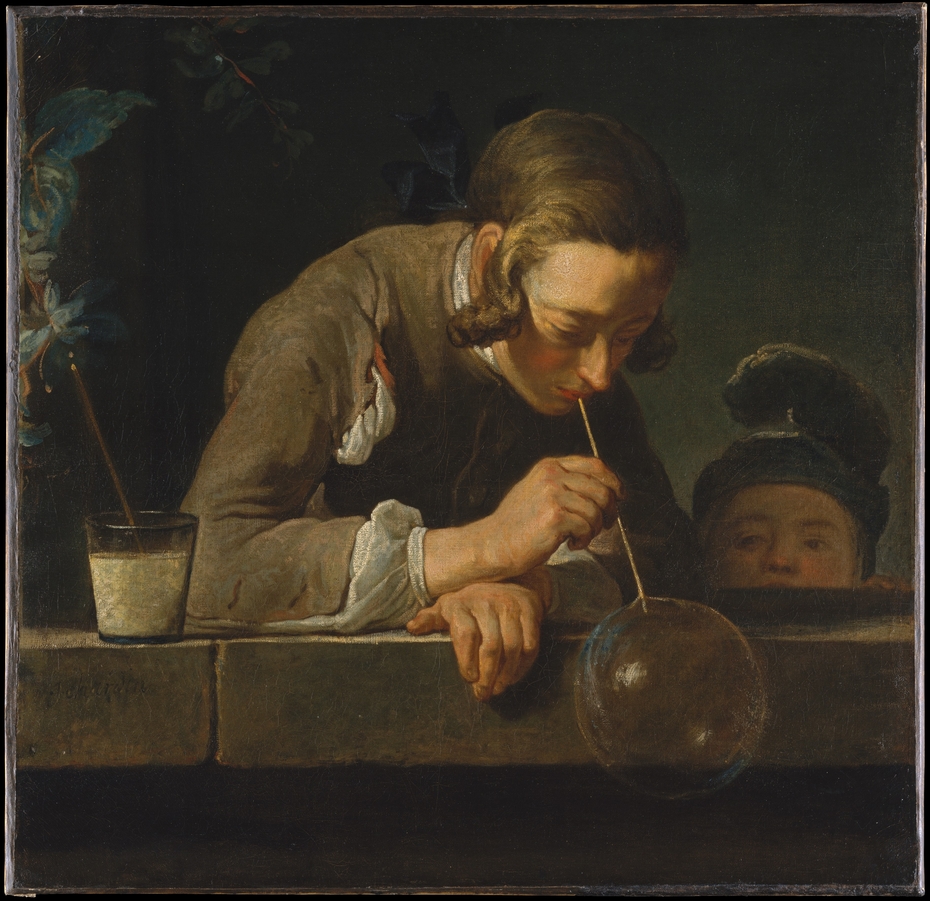 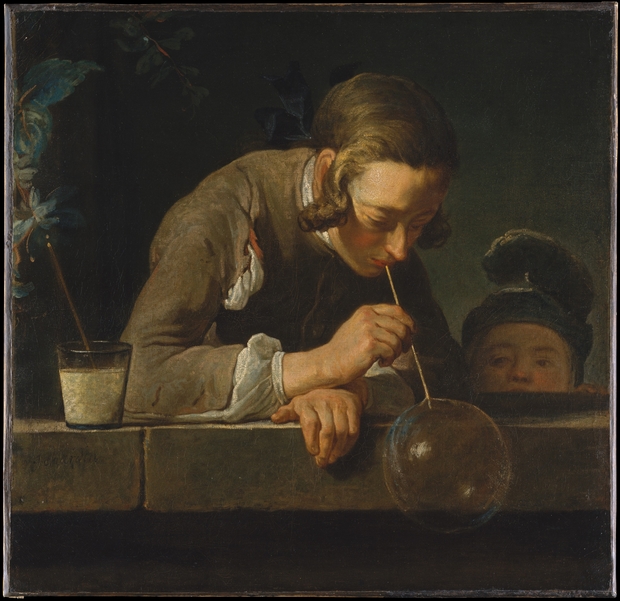 1733 - 1734
The idle play of children was a favorite theme of Chardin, a naturalist among painters. Here he drew inspiration from the seventeenth-century Dutch genre tradition for both the format and the subject. While it is not certain that he intended the picture to carry a message, soap bubbles were then understood to allude to the transience of life. Other later versions of this picture belong to the Los Angeles County Museum and to the National Gallery of Art, Washington, D.C. (Source: The Metropolitan Museum of Art)

License:
Courtesy of The Metropolitan Museum of Art
For more:
https://www.metmuseum.org/art/collection/search/435888