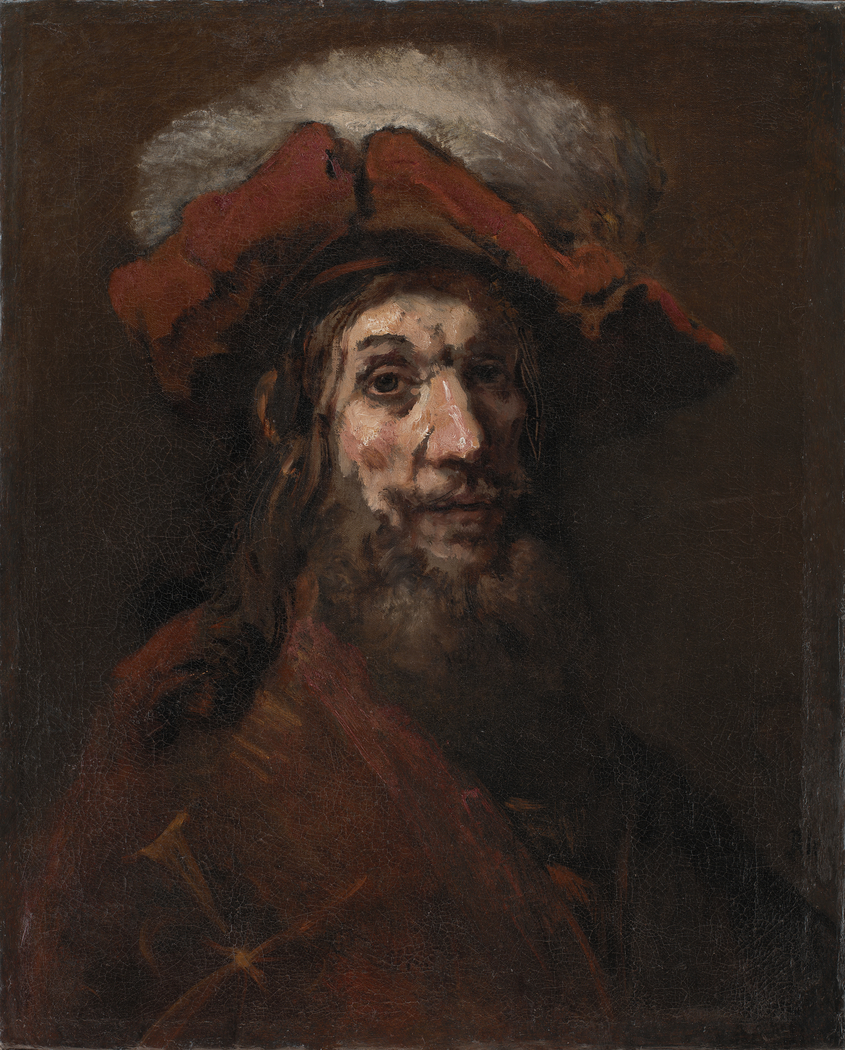 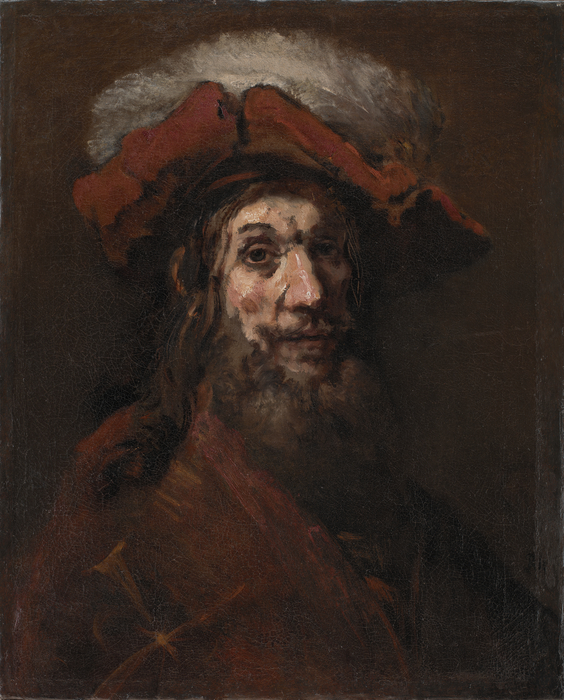 Surrounded by darkness, a face lights up the canvas. The sitter may simply have been a random person whom Rembrandt met in the streets of Amsterdam, inviting him back to his studio to model.

Shades of light
The face is a study in light. Rembrandt used a five-step process to paint all the shades of light. Each step involves its own distinctive colours and brushstrokes. The source of light is not accounted for. More than anything the face seems to be lit from within.

An ascetic saint
Indeed, the sketch is a preliminary study for the painting Saint Bavo, now housed at the museum in Gothenburg. Saint Bavo is a character known from Dutch medieval narratives; he was canonised due to his ascetic, altruistic way of life. Rembrandt only painted the face and hair; the cloak with a crusader’s emblem is a later addition.