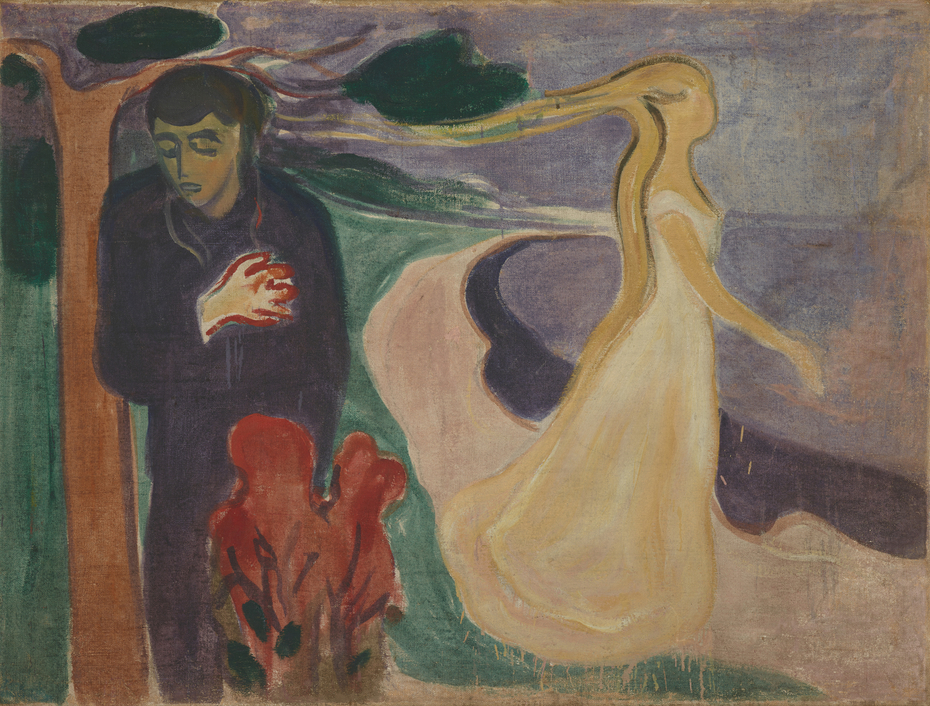 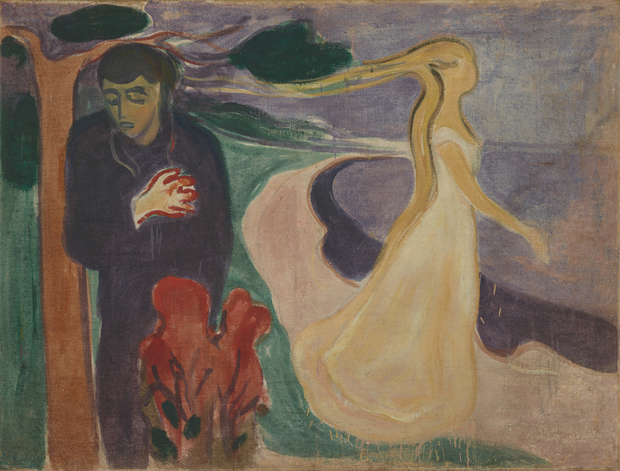 Edvard Munch was a Norwegian painter who has produced a large number of paintings dealing with intense psychological themes. Munch was born in a farmhouse near Løten and was the son of a priest. He would often describe his father as obsessively religious and oppressive and after the death of his mother, his behavior got worse. Munch had a weak health and was often ill during the Norwegian winters; as a result he would stay out of school and he would to draw to to keep himself occupied.

Today, his most well-known work is “The Scream” painted in 1893, but “Separation” is an equally breath-taking painting. Notice the expression of sadness and disappointment in the face of the young man that has separated from his beloved one. The love torn man appears about to move forward, into the future, but his path is blocked by the plant; there is an air of nostalgia and the past seems to haunt the protagonist.

License:
Courtesy of the Munch Museum
For more:
https://foto.munchmuseet.no/fotoweb/archives/5014-Malerier/… 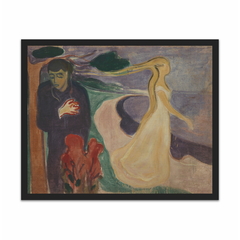 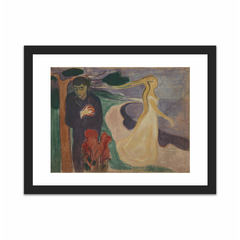 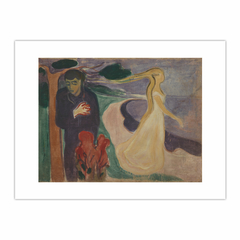