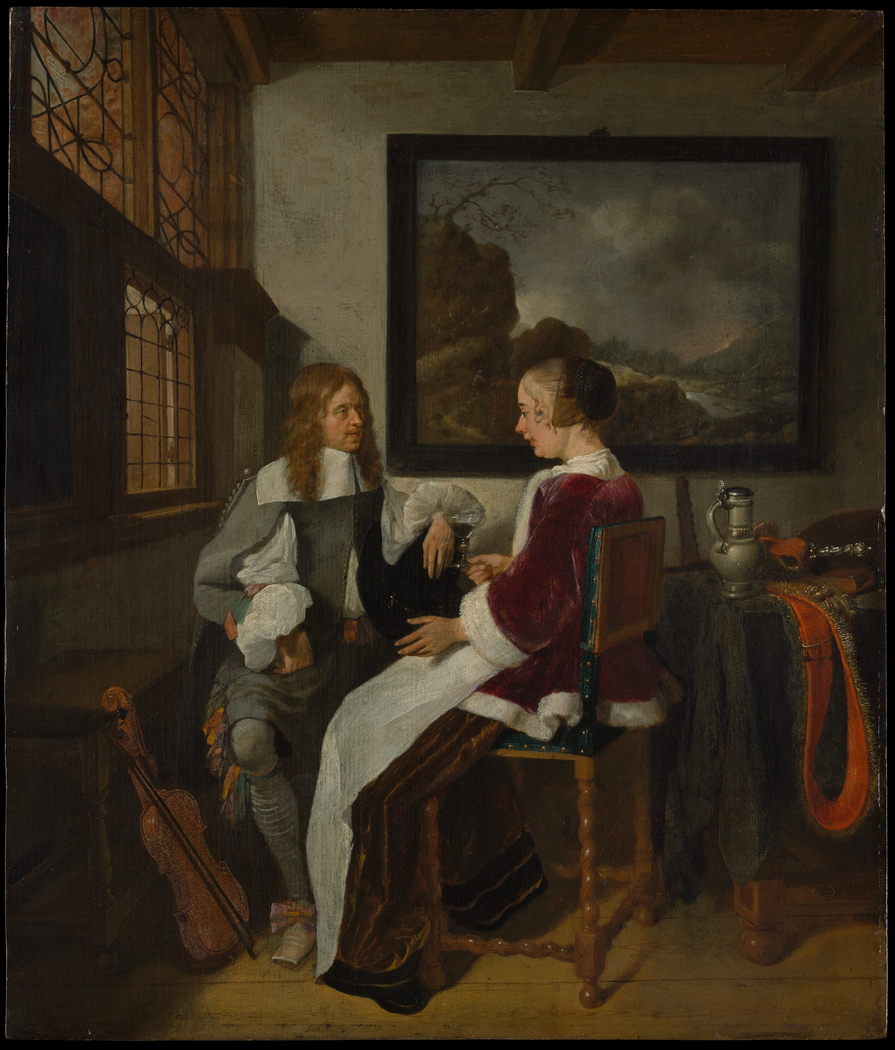 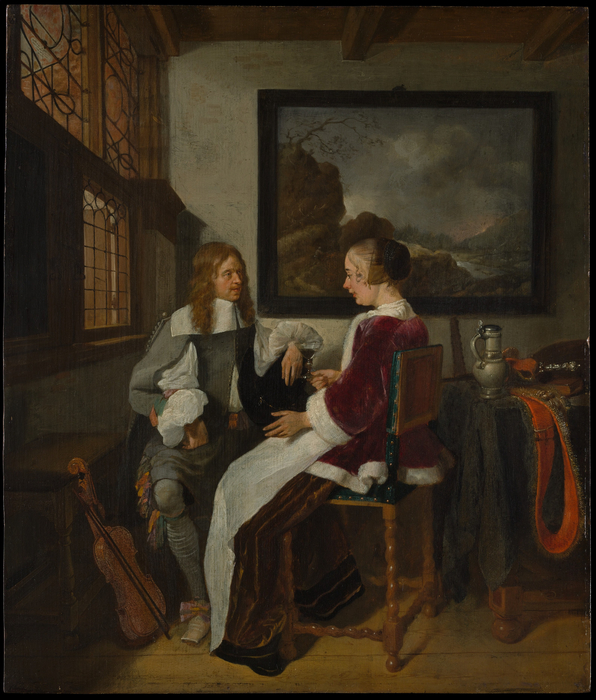 1660
In the 1660s Brekelenkam departed from his more familiar themes of humble tradesmen and housewives in favor of fashionable subjects inspired by Gabriël Metsu and Pieter de Hooch. In this charming scene of courtship the landscape in the background reminded contemporary viewers that love can be a rocky road.

One of Van Brekelenkam's finest works, this painting dates from the early 1660s. There appears no reason to doubt the authenticity of the "QB" in monogram to the lower right, on the stretcher of the table.

The popular subject is presented as if it were based on direct observation, which the figures may well have been, and employs familiar conventions of depicting courtship. The couple have played or will play a duet—he on the violin, she on the lute that lies on the table. To the right of the upper windows, the shadowy form of a birdcage floats in front of the window moldings. This routine reference to virginity was taken out by overpainting, which has become transparent with time. The rugged landscape, very much in the style of Allart van Everdingen (1621–1675), remains the only symbolic reference to the progress of love, which can resemble a rocky road. But here, the wayfarer on a steep path, seen between the heads of the courting couple, intimates that they have chosen the more difficult path of virtue.

The painter depicted a similarly posed young woman a number of times, although never so successfully as here. The closest resemblance to both figures is that found in a picture last seen on the art market in the 1930s, A Couple in Conversation, with a Sleeping Man and a Maid Nearby. Women with different features but approximately the same pose, and seen from the same angle, are found in paintings in the Herzog Anton Ulrich-Museum, Braunschweig, and elsewhere (Liedtke 2007). Two of these pictures are dated 1662 and support a similar date for the MMA panel, where the composition is also typical of about 1661–62. The superior quality and stronger individualization of this work suggests that it precedes the others.

License:
Courtesy of the Metropolitan Museum of Art
For more:
https://www.metmuseum.org/art/collection/search/435772