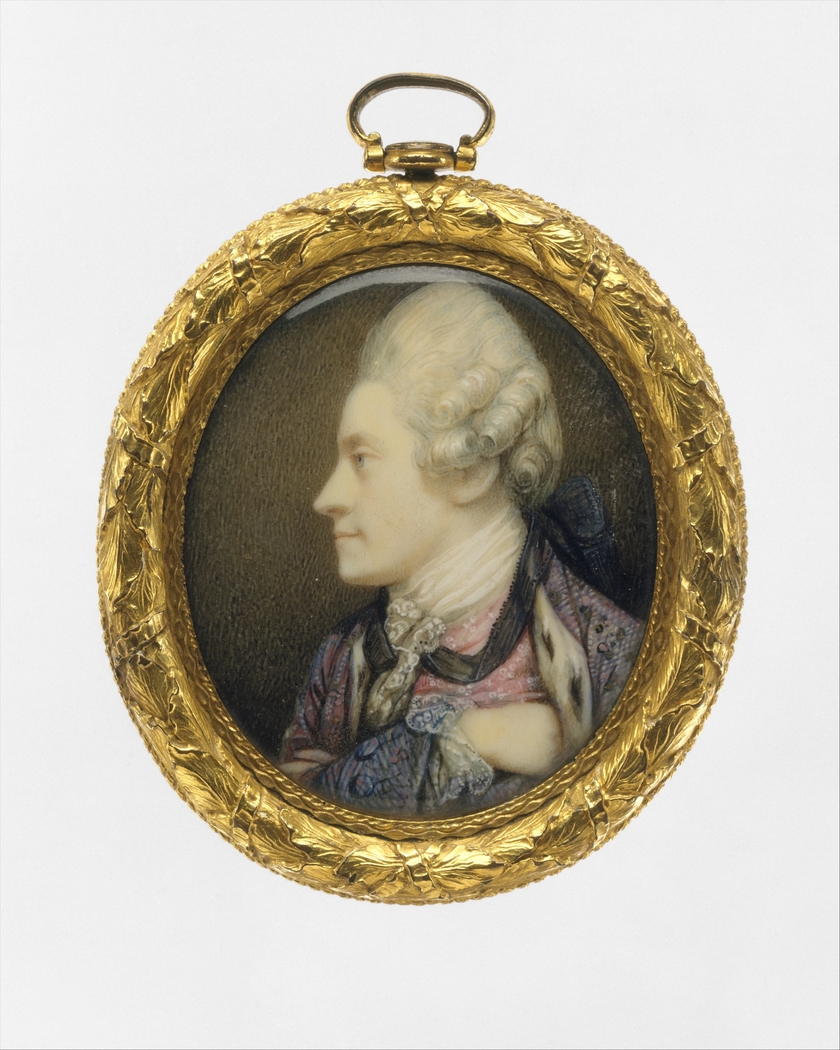 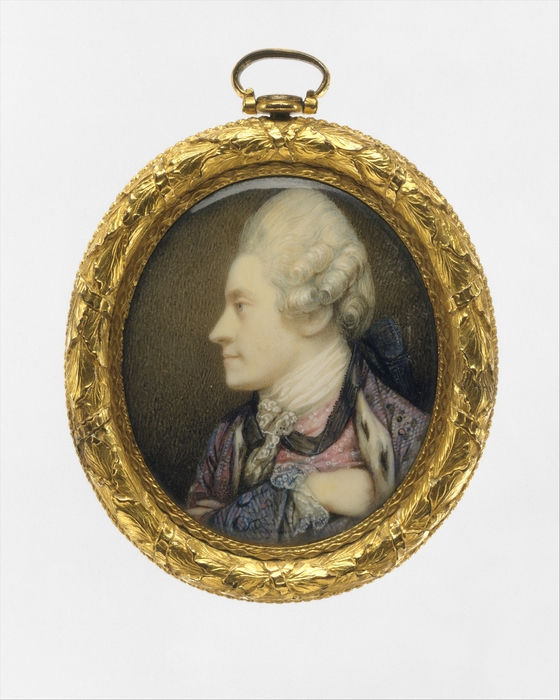 1770 - 1775
Cosway, who was born in Devonshire, was exceptionally precocious, winning first prize at the age of twelve in a competition held by the Society of Arts in 1755 (Stephen Lloyd, Richard and Maria Cosway: Regency Artists of Taste and Fashion, exh. cat., Edinburgh, 1995, p. 20). He had ambitions to be a portrait painter in oils, but was so successful with miniatures that he concentrated on that scale. Cosway became an academician in 1771 and miniature painter to the Prince of Wales (later George IV) about 1786. He was the most notable miniature painter in England in the last quarter of the eighteenth century and had a remarkably large and fashionable following. Cosway, with his wife Maria, led a conspicuous and scandalous social life, entertaining at Schomberg House in Pall Mall where he was Thomas Gainsborough's neighbor. He died in London.

The miniature is established as a self-portrait by comparison with such works as the engravings after the artist's profile by I. Clarke and R. Scriven. Stephen Lloyd confirms the identification. The artist has presented himself, with his usual flamboyance, as a macaroni, one of the young men of extreme fashion who flourished in England from about 1760. The high-dressed wig indicates that the miniature was painted about 1770–75, when the artist was about thirty years old. The ormolu frame is similar to those supplied by H. J. Hatfield & Co. for Queen Victoria's miniatures at Windsor Castle.

License:
Courtesy of the Metropolitan Museum of Art
For more:
https://www.metmuseum.org/art/collection/search/435994