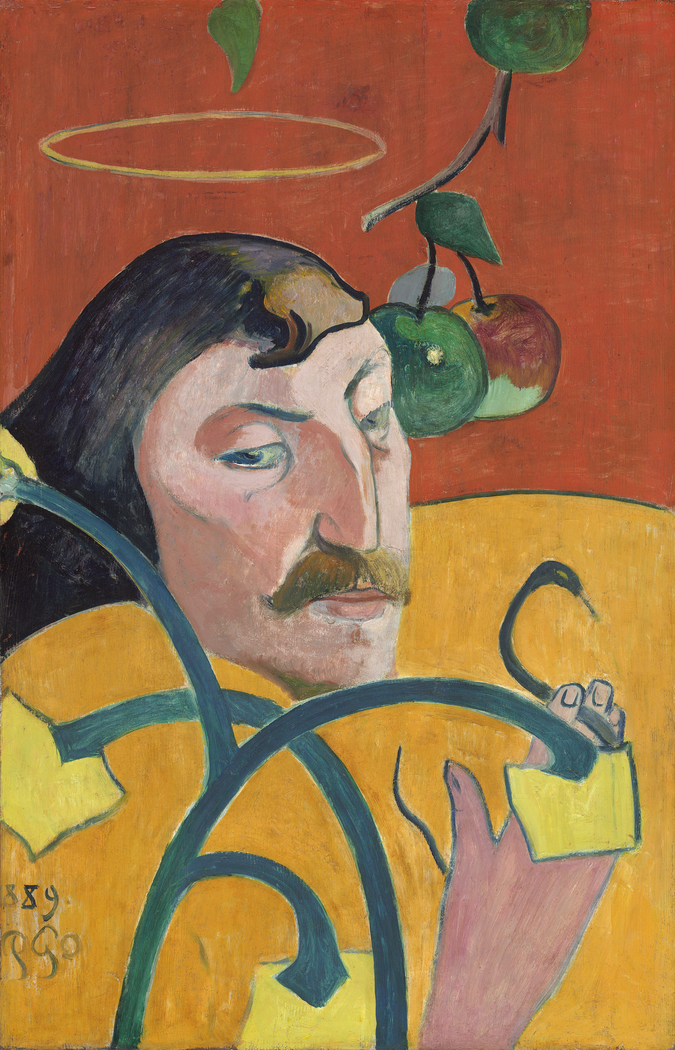 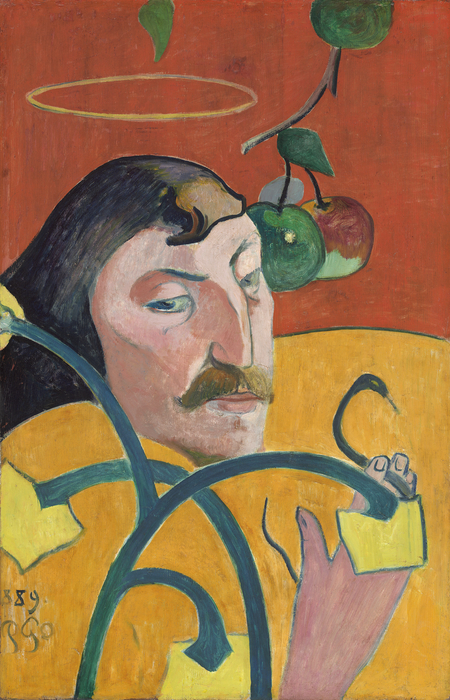 1889
Self–portraiture constituted a significant element of Gauguin's production, particularly in 1888 and 1889. Gauguin's interest was prompted in part by Vincent van Gogh's 1888 portrait series including La Mousmé, which Gauguin knew from his correspondence with Van Gogh and his brother Theo. In addition, Van Gogh hoped to establish an artists' colony in the south that could be analogous to Gauguin's circle in Brittany and proposed an exchange of self–portraits. Gauguin's only known statements about his self–portraiture concern a work similar to the National Gallery’s Self–Portrait and thus have relevance. Gauguin refers to "the face of an outlaw . . . with an inner nobility and gentleness," a face that is "symbol of the contemporary impressionist painter" and "a portrait of all wretched victims of society."

This Self–Portrait, painted on a cupboard door from the dining room of an inn in the Breton hamlet Le Pouldu, is one of Gauguin's most important and radical paintings. His haloed head and disembodied right hand, a snake inserted between the fingers, float on amorphous zones of yellow and red. Elements of caricature add an ironic and aggressively ambivalent inflection to this painted assertion of Gauguin's artistic superiority and make him the sardonic hero of his new aesthetic system. 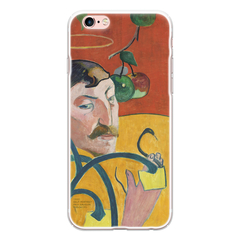