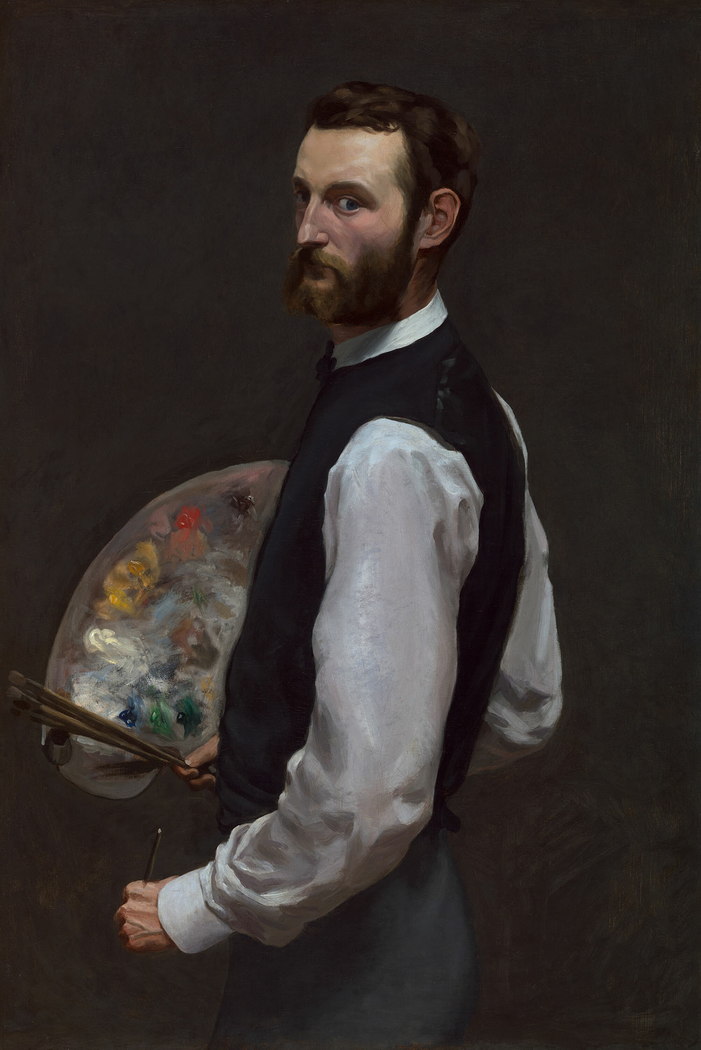 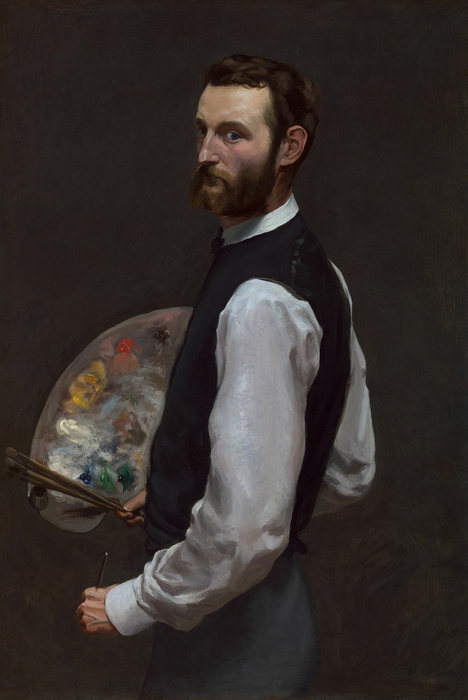 1865 - 1866
Frédéric Bazille was in his mid-20s when he executed this startlingly direct self-portrait. Depicted against a dark background with only his palette and brushes to indicate his profession, he looks at the viewer as if caught unawares. The unseen easel and canvas must be located immediately in front of the artist and to our left.

During his brief career, which ended when he was killed in the line of duty during the Franco-Prussian War, Frédéric Bazille produced about 70 paintings, 4 of them self-portraits. He created this work while sharing an apartment-studio with Claude Monet and experimenting with new painting techniques that would be central to the Impressionist movement. It was both a practice piece (in which Bazille observed and painted his reversed image as seen in a mirror) and, given his recent decision to abandon a medical career in favor of art, a professional manifesto. (Source: Art Institute of Chicago)