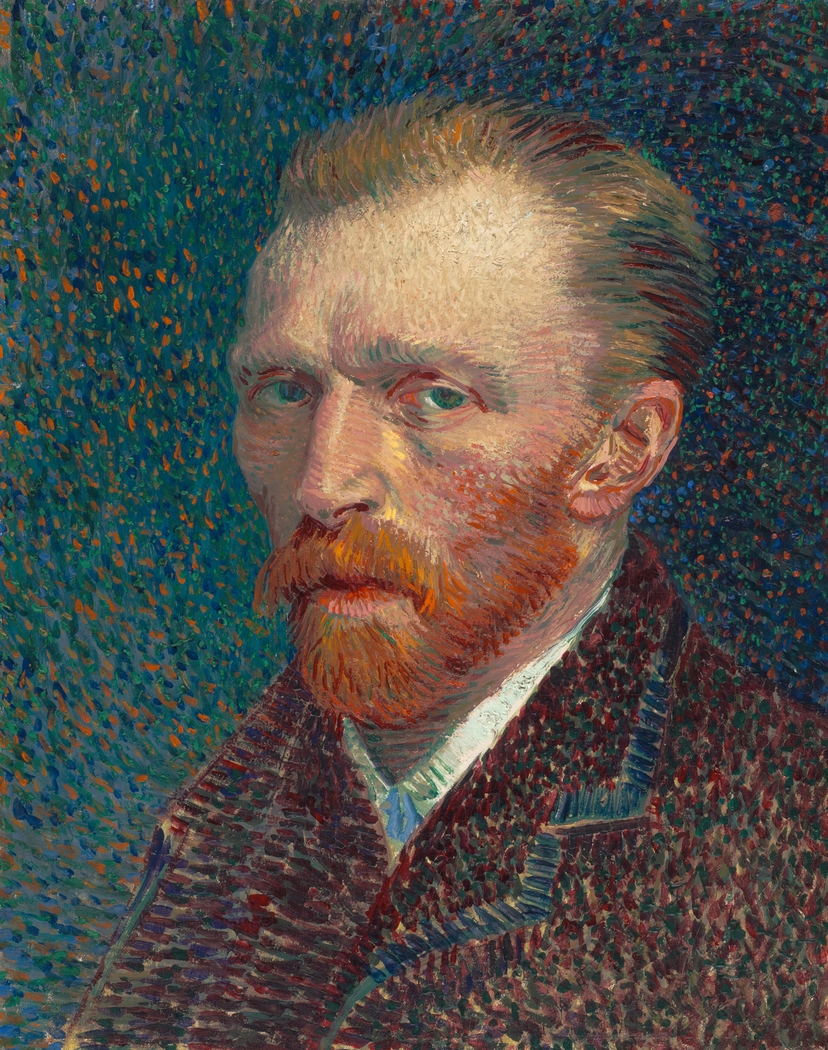 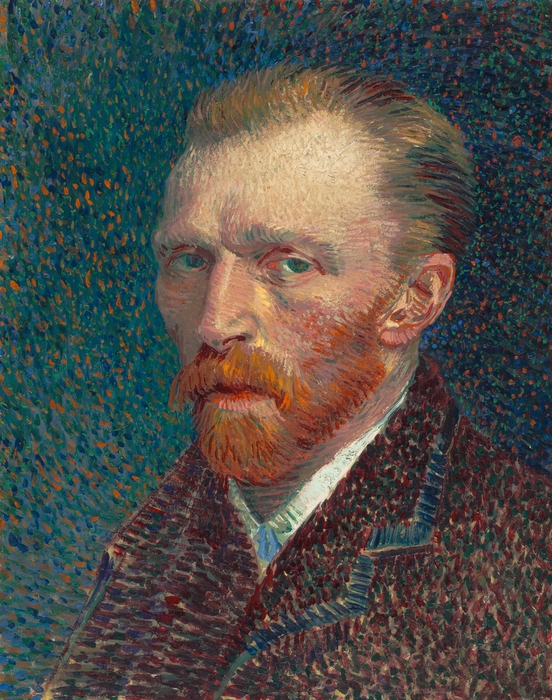 1887
In 1886 Vincent van Gogh left his native Holland and settled in Paris, where his beloved brother Theo was a dealer in paintings. Van Gogh created at least twenty-four self-portraits during his two-year stay in the energetic French capital. This early example is modest in size and was painted on prepared artist’s board rather than canvas. Its densely dabbed brushwork, which became a hallmark of Van Gogh’s style, reﬂects the artist’s response to Georges Seurat’s revolutionary pointillist technique in A Sunday on La Grande Jatte—1884. But what was for Seurat a method based on the cool objectivity of science became in Van Gogh’s hands an intense emotional language. The surface of the painting dances with particles of color—intense greens, blues, reds, and oranges. Dominating this dazzling array of staccato dots and dashes are the artist’s deep green eyes and the intensity of their gaze. “I prefer painting people’s eyes to cathedrals,” Van Gogh once wrote to Theo. “However solemn and imposing the latter may be—a human soul, be it that of a poor streetwalker, is more interesting to me.” From Paris, Van Gogh traveled to the southern town of Arles for fifteen months. At the time of his death, in 1890, he had actively pursued his art for only five years. (Source: Art Institute of Chicago)

Notes From the Contributor:

Label:
Vincent van Gogh painted his first known self-portrait in 1886, following the model of the 17th-century Dutch artist Rembrandt. But by the time he made this work, a year later, he had clearly shifted his allegiance from the Old Masters to the Parisian avant-garde. Under the influence of Neo-Impressionist color theory, he based this painting on the contrast of complementary colors. The overall blue-green tone of the background serves as a foil to the orange-red of the artist's hair and beard. While the intensity of the colors is enhanced by the brushwork, the painting's energy and turbulence hint at the inner life of the artist.