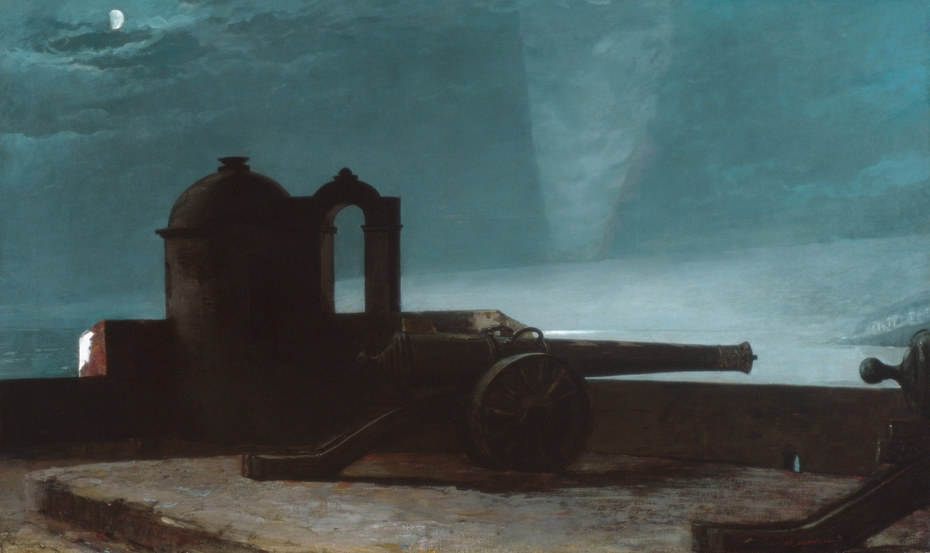 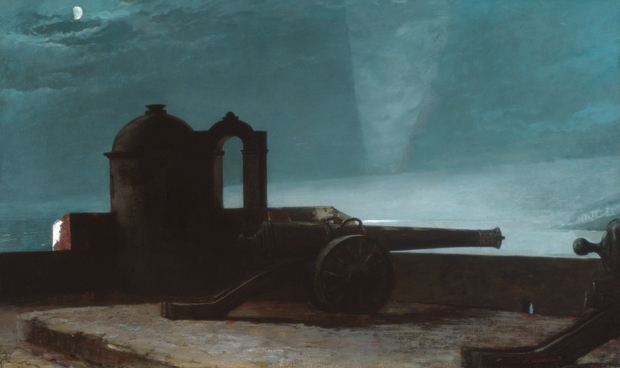 1901
In September 1901 a court of inquiry was convened to determine which of two commanders deserved credit for America’s decisive victory in the Battle of Santiago de Cuba, during the Spanish-American-Cuban War of 1898. In response to the newsworthy event, Homer painted this image of Castillo de San Pedro de la Roca, known as Morro Castle, with the aid of recent press accounts and drawings he had made on a visit to the island in early 1885. Homer’s emphasis on the powerful searchlight, which had been used in the blockade of the Spanish fleet, suggests his awareness of the military importance of electricity during the war as well as its significance as a symbol of modernity. (Source: The Metropolitan Museum of Art)

License:
Courtesy of The Metropolitan Museum of Art
For more:
https://www.metmuseum.org/art/collection/search/11136