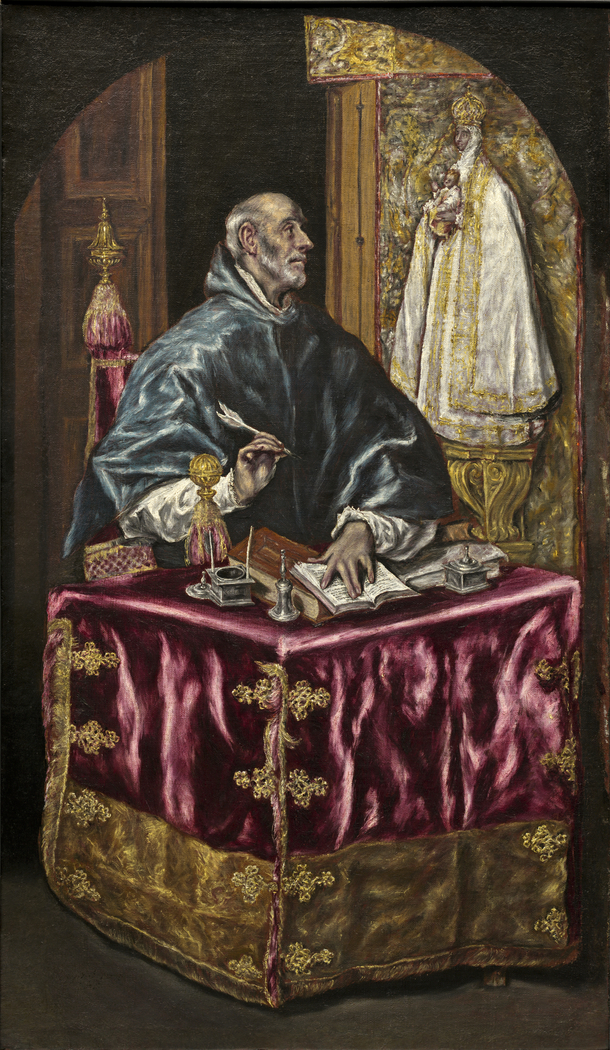 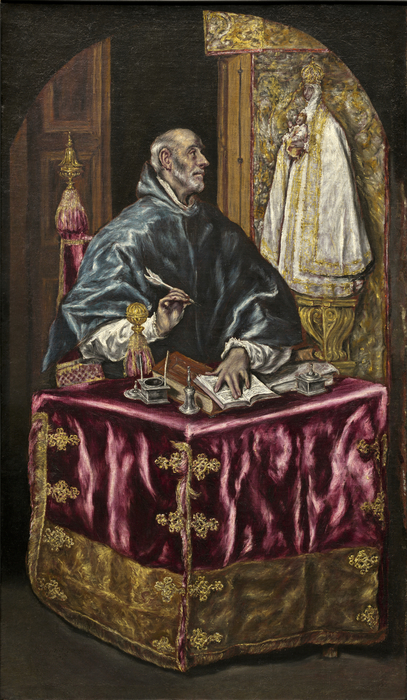 1614
Ildefonso, whose name is more familiar in its Castilian form, Alfonso, was appointed archbishop of Toledo in 657 and later became that city's patron saint. He was especially famed for his book defending the purity of the Virgin, which he was said to have written at her dictation.

El Greco represented the saint in a richly decorated room, seated at a writing table furnished with costly silver desk ornaments consistent with the style of the artist's own time. The contemporary setting notwithstanding, an otherworldly aura pervades the room as the saint pauses in his writing and, as though awaiting the next word, gazes attentively at the source of his inspiration, a statuette of the Madonna. The combination of strangely compacted space, the chalky highlights that play over the saint's sleeves and the velvet tablecover, and, not least, Ildefonso's fervent expression, remove the scene to a spiritual realm.

El Greco's image of the Virgin resembles an actual wooden figure that Ildefonso is said to have kept in his oratory until it was given by him to the church of the Hospital of Charity in the small Spanish town of Illescas, near Toledo. The statuette is preserved there today together with El Greco's larger version of Saint Ildefonso.