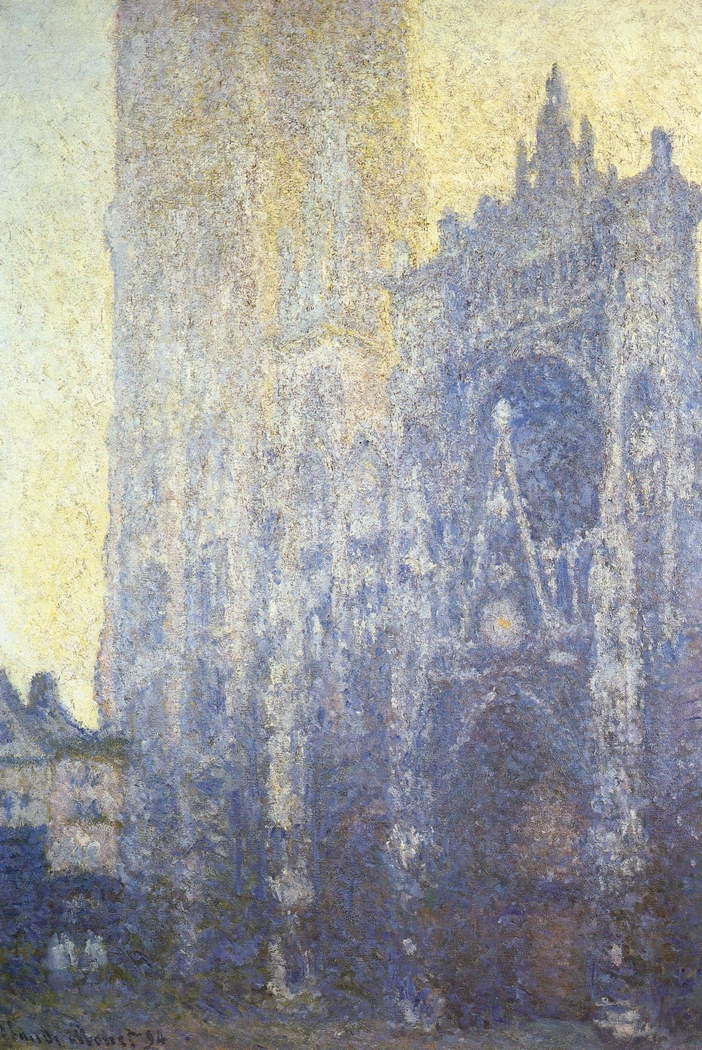 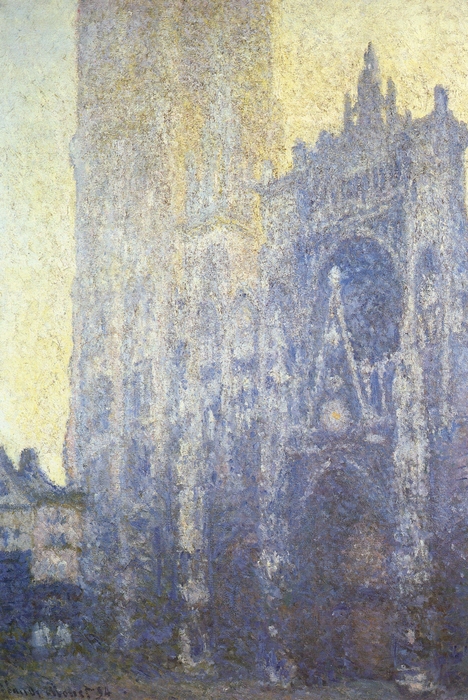 In 1892 and 1893, Monet produced twenty-eight paintings of the west façade of Rouen Cathedral. However much his painting seems to dissolve the building into pure atmosphere, these works mark a step beyond Impressionism. For they were not completed one by one in front of the subject, but in sequence in his Giverny studio, where Monet synthesized the many variations of the cathedral into a single comprehensive vision of light and colour. In Paris in 1895, he exhibited twenty of his cathedral paintings – including Le portail (Effet du matin) – as a series. The concept of the series has maintained its relevance in art to this day. Yet Monet’s idea of showing the edifice in Rouen as an immense and sublime apparition unable to be contained within the painting also influenced the Abstract Expressionists. Even before the rediscovery of Monet’s Water Lilies in the early 1950s, Clyfford Still saw in the cathedral series the idea of an over-sized structure extending far beyond the confines of the canvas. Here, of course, Monet had not yet progressed into abstraction. He is playing with the tension between the flat layer of paint and the image it generates of a vast building projecting into the depths of the space.