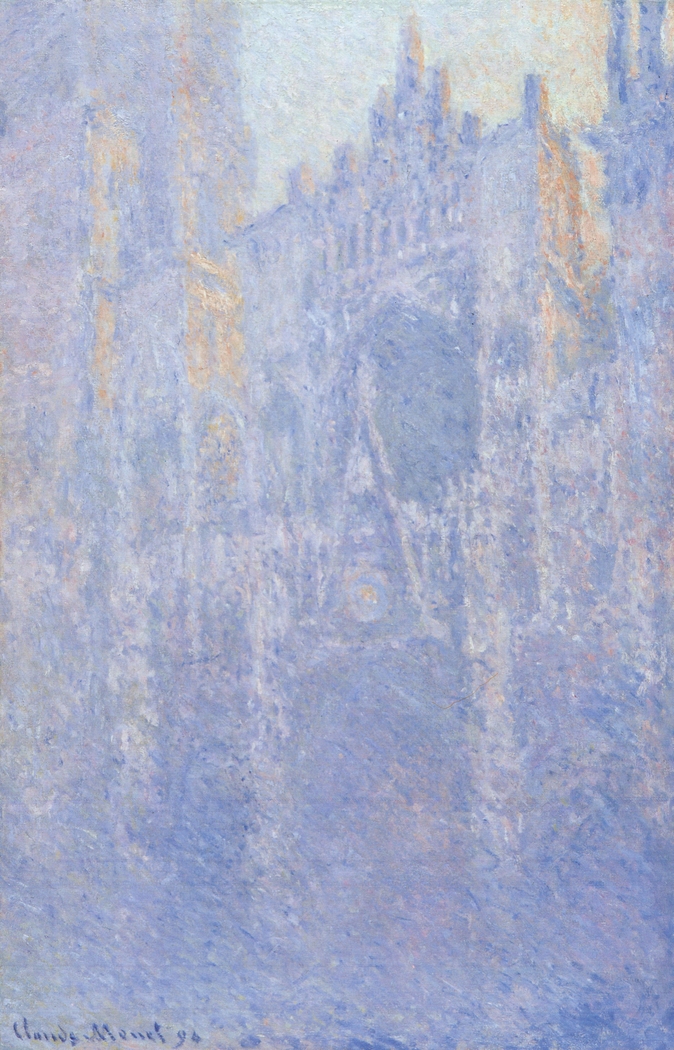 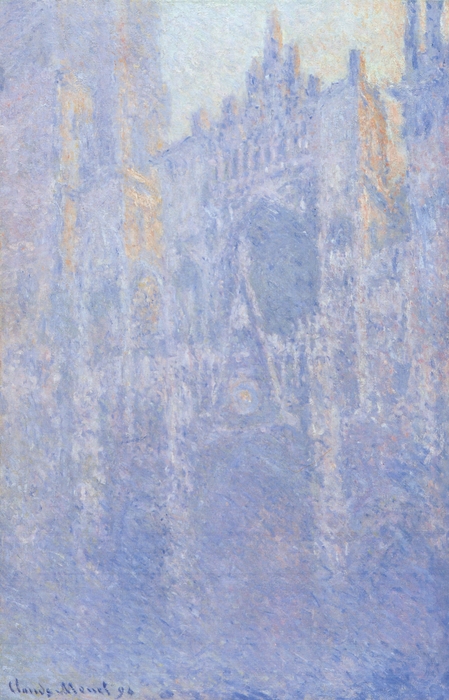 In the months from February to April in 1892 and 1893, Monet worked on a series of ca 30 paintings of the western façade of the gothic cathedral of Rouen. He rented suitable rooms in houses opposite the massive façade to paint the motif in the changing light of different times of day. The painting shows the three portals with rose window and the kings’ gallery above, and only a sheen at the tops of the façade relief allows viewers to situate the building emerged in early morning mist.
He finished the series in 1894 in his studio in Giverny and was able to present 20 paintings of the Rouen Cathedral to his Parisian art dealer, Durand-Ruel a year later. With series of motifs like these, Monet developed a form of serial painting around 1890 as modern and contemporary now as it was then.