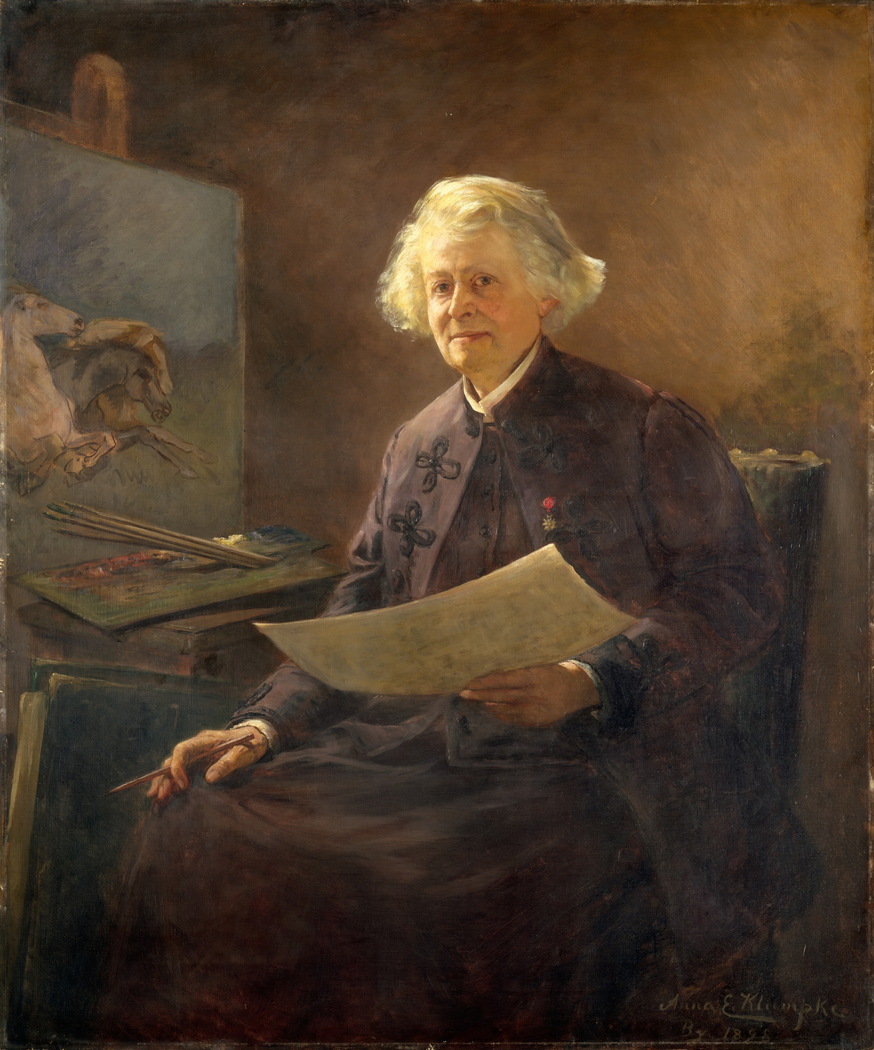 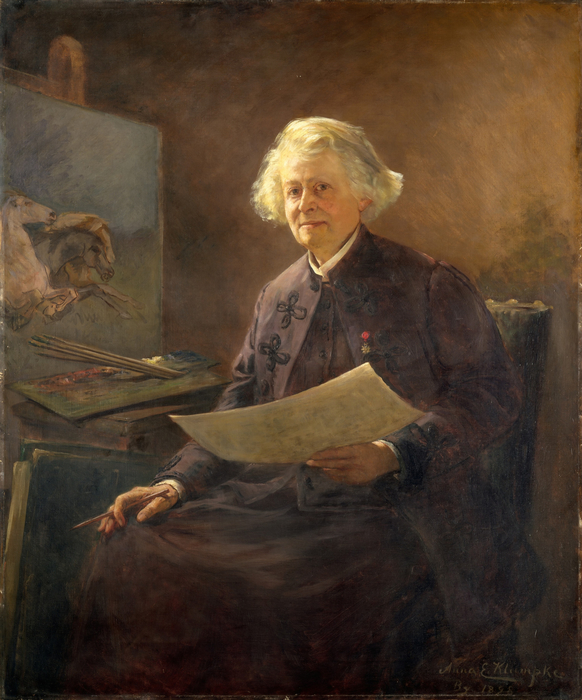 1898
Having studied at the Académie Julian intermittently from 1880 until 1888 and worked as a portraitist in Boston, Klumpke returned to France in 1898 to execute a portrait of Rosa Bonheur (1822–1899), the French animalier whom she had long admired. Shown at her easel, Bonheur wears on her jacket her medal of the Order of the Legion of Honor. The two women became companions at château de By, Bonheur's home near Fontainebleau. Upon Bonheur's death, Klumpke inherited her residence and studio and dedicated herself to promoting Bonheur's legacy.