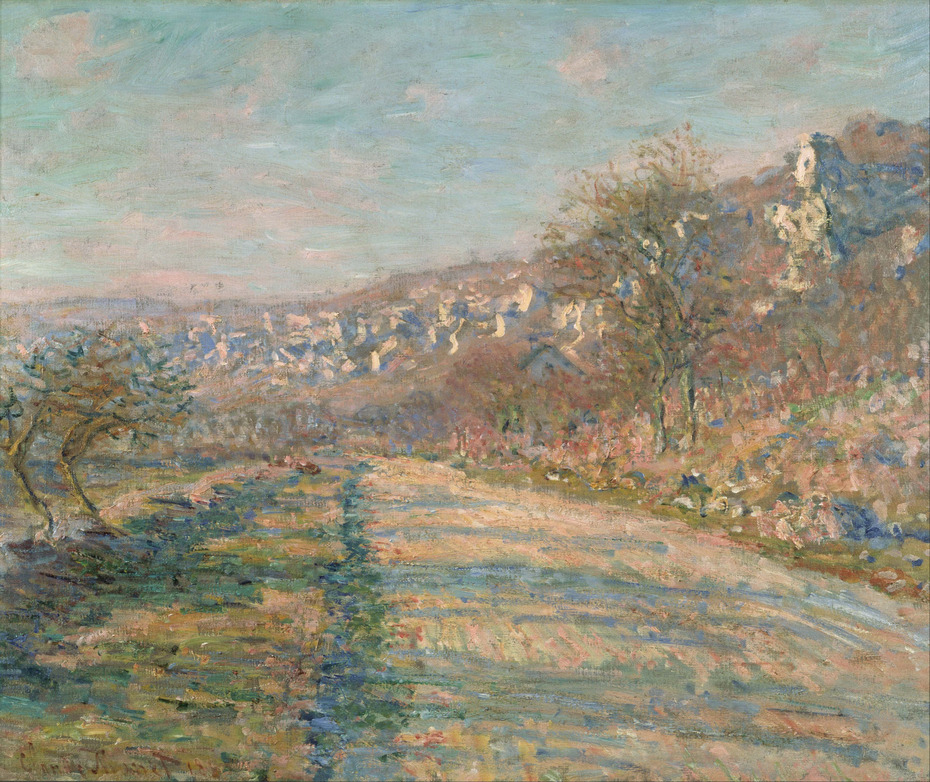 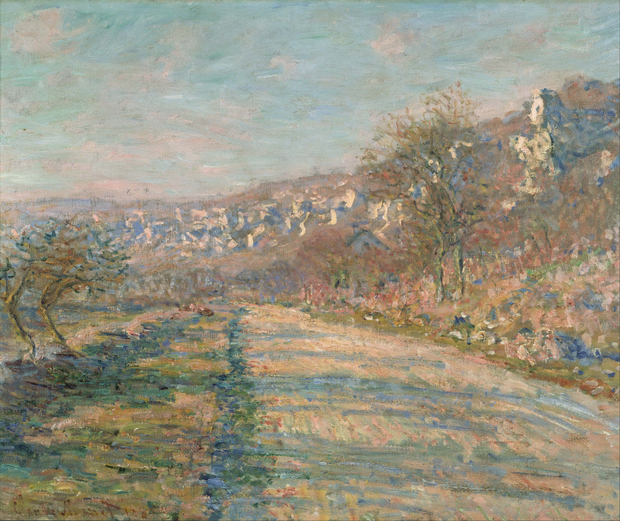 1880
During the winter of 1878, Monet moved to the cold village of Vétheuil further down the Seine from Argenteuil. Over the course of the four years that he lived in this region Monet lost his wife in 1879 and he had to support the family of his bankrupt friend Ernest Hoschedé. We can imagine that these were the most difficult days of his life. Monet created a series of works depicting the frozen Seine during these years (1879-80) "Foggy Ice", "Flowing Ice", and"Thaw". With the beginning of the 1880s, he once again turned to the brighter palette visible in this work. While Monet did not return to his earlier regatta scenes or decorative landscapes of elegantly dressed people strolling along the river banks, his brush strokes were more freely laid upon the composition in these later works, and his individuality is visible in the palette and compositions he chose in this new period. This work was painted in the small village of La Roche-Guyon, down river a bit from Vétheuil. Another work painted from the same spot depicts the scene facing back toward Vétheuil. (Philips Collection, Washington.) (Source: Masterpieces of the National Museum of Western Art, Tokyo, 2009, cat. no.72)