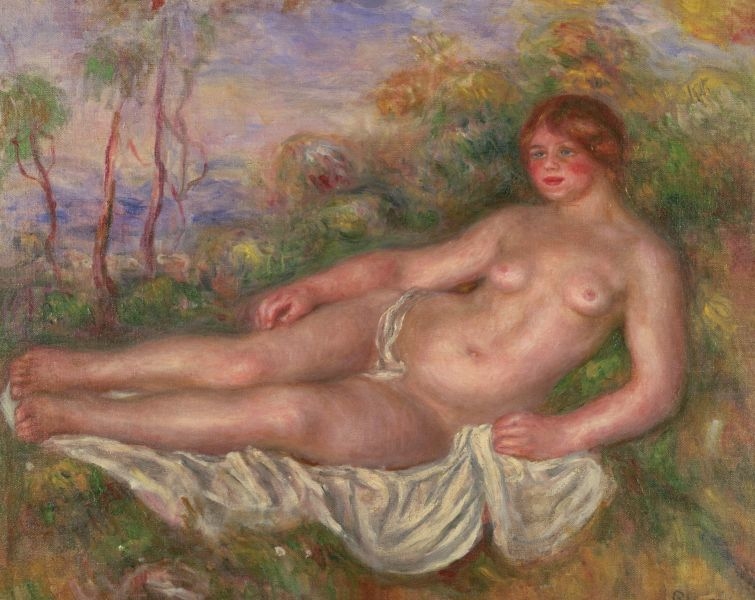 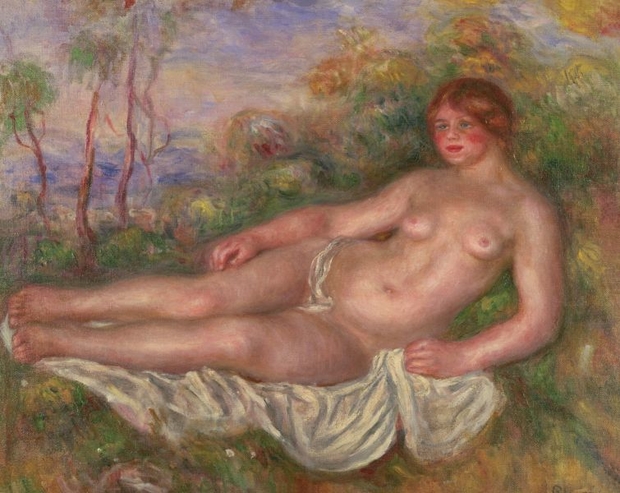 An interest in strongly delineated forms began to manifest itself in Renoir's style in the latter half of the 1880s; thereafter his style underwent a period of transformation as he sought to imbue his forms with a sense of presence through brush strokes and color. The nude in a landscape was one of the topics that Renoir most enjoyed grappling with during this period. This reclining nude suggests an image from a mythological painting, such as the goddess Venus or a woodland nymph. (Source: The Digital Gallery. 1999-2006)