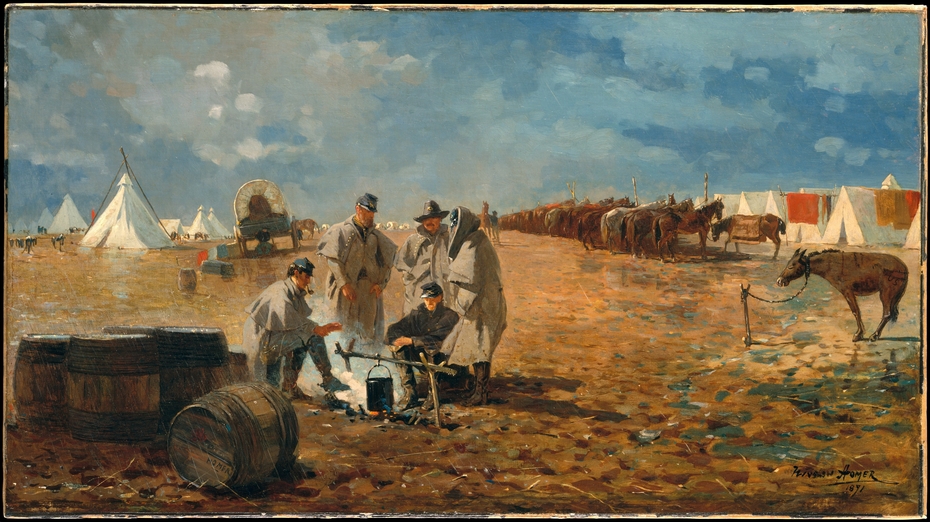 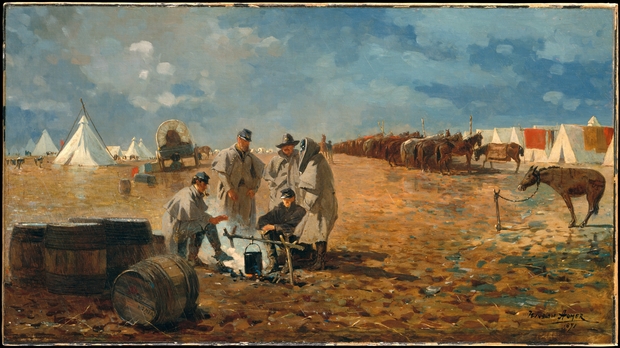 1871
Homer completed this painting, his last major scene of life at the front, six years after the Civil War ended, using studies he had made during the siege of Yorktown, Virginia, in April and May 1862. The red cloverleaf above Homer’s name on the overturned barrel in the left foreground was the insignia of the First Division of the Second Corps of the Army of the Potomac, of which the Sixty-First New York Volunteer Infantry—the unit to which the painter was assigned—was a part. One critic remarked that the bedraggled mule at the right “tells the whole story” of the miserable conditions at Yorktown. (Source: The Metropolitan Museum of Art)

License:
Courtesy of The Metropolitan Museum of Art
For more:
https://www.metmuseum.org/art/collection/search/11134