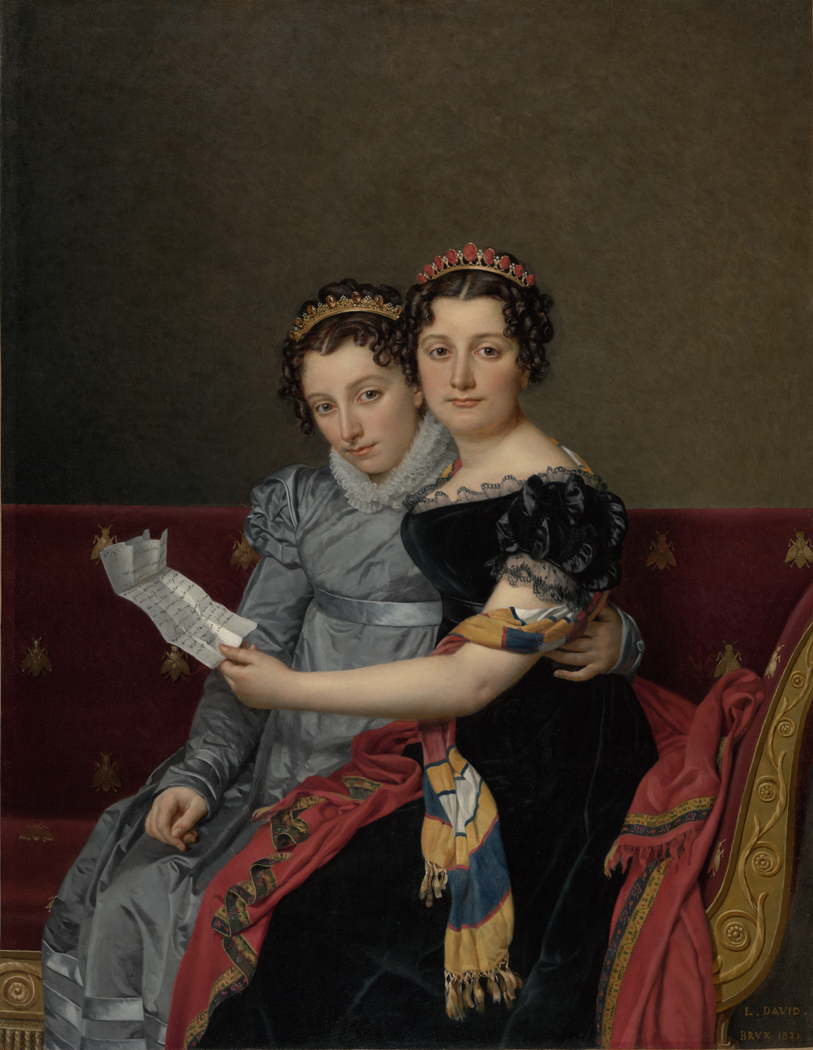 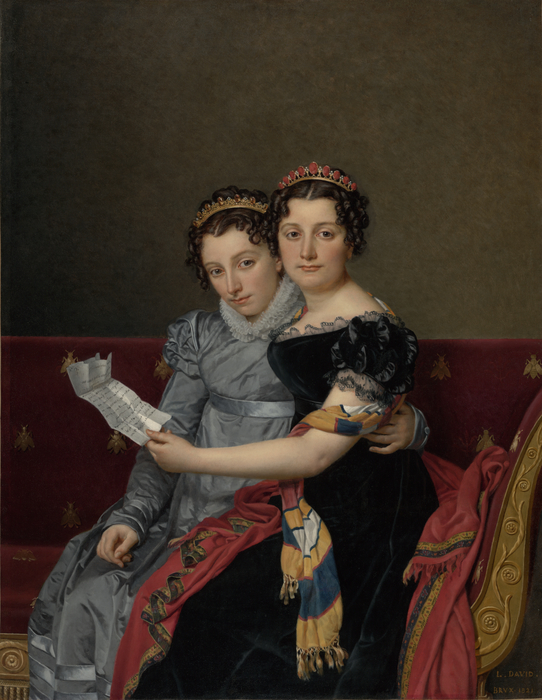 Portrait of the Sisters Zénaïde and Charlotte Bonaparte

1821
The sisters Zénaïde and Charlotte Bonaparte, Napoleon's nieces, embrace as they read a letter from their father, Joseph Bonaparte, who was exiled in the United States while they lived in Brussels, Belgium, after Napoleon's fall from power. The folds of the carefully creased paper are realistically rendered, and the viewer can even decipher a Philadelphia address on the letter.

Jacques-Louis David juxtaposed the sisters' different personalities through their contrasting expressions and attire. The elder Zénaïde appears worldly and elegant in a low-cut black velvet dress. Sitting upright, she looks frankly out at the viewer as she protects her younger sister, Charlotte. Charlotte appears timid and reticent as she shyly raises her eyes, and her dress, a modest gray-blue silk, suits her demeanor. The exiled princesses both wear tiaras and sit on a red velvet couch embroidered with golden bees, the Bonaparte family emblem.